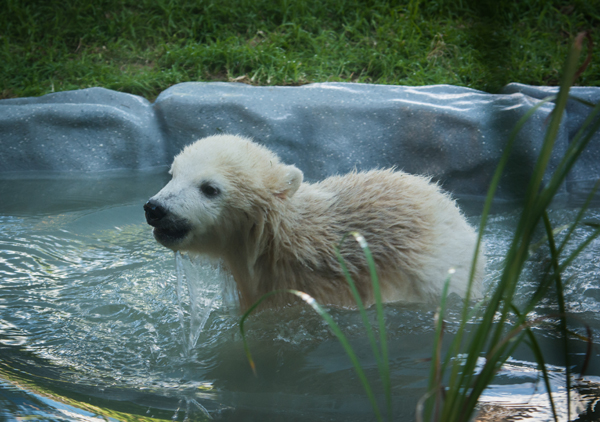 The cub, who has been kept away from the public until now, delight crowds at the Gold Coast theme park with her playful and inquisitive nature on display as she explores the ‘Polar Pre-School’ exhibit.

Mishka is sure to delight crowds at Sea World with her playful and inquisitive nature on display as she explores the Polar Pre-School exhibit.

Polar Pre-School is a specially designed area at Sea World’s Polar Bear Shores exhibit which allows for Mishka, who already weighs over 20 kilograms, to develop her life-skills, explore new substrates and learn to swim under the watchful eye of doting mum, Liya.

Sea World Curator of Mammals, Mitchell Leroy said Mishka is doing well and really enjoys her time on Polar Pre-School, explaining “at first she was a bit nervous heading out onto the exhibit, but after watching and learning from mum her confidence grew and she began to really enjoy spending time in the paddle pool, which is at a great depth for her to learn to swim.

“This is a huge milestone in her development and I can’t wait for our guests to be able to witness her as she plays and interacts with mum. 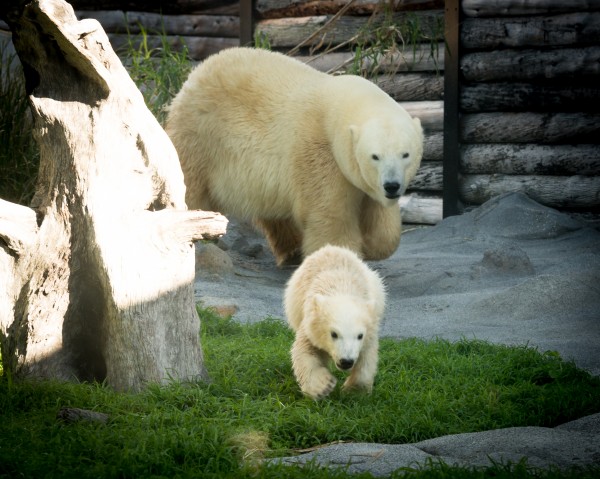 “She is continuing to grow significantly in size and is now weighing roughly 25 kilograms and starting to interact with solid foods including fish, beef and pork.

“I think everyone will fall in love with Mishka and that’s a great situation for all Polar Bears as she will help to raise awareness and create empathy for this vulnerable species.”

Mishka was one of two Polar Bear cubs born to Liya in May, but her twin died within a fortnight of her birth.

The Polar Bears at Sea World are ambassadors for their species and play a vital role in raising awareness of the effects of global warming.

Current research indicates that Polar Bear numbers in the wild are declining, with less than 25,000 bears remaining worldwide.