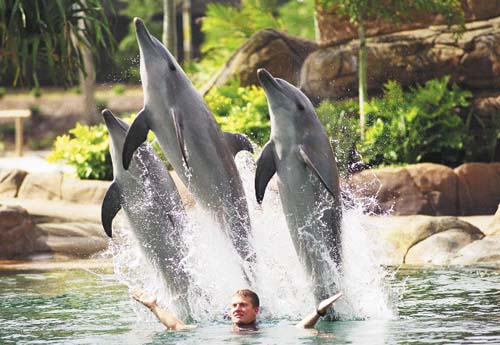 Sea World has been revealed as the attraction most visited by Australians – with a Newspoll survey suggesting that over eight million Australian adults aged 18 to 64 have visited the Gold Coast theme park. The figure represents 56% of Australian adults.

The survey also found that 7.3 million Australians had visited Dreamworld and that 6.7 million had visited Warner Bros. Movie World.

Taronga Zoo was the only non-Gold Coast attraction in the top four of Newspoll’s Attraction Parks in Australia survey, with 6.8 million having visited the Sydney wildlife attraction.

Attraction Parks in Australia is based on Newspoll market research that asked a sample of 1,203 adult Australians which Australian attraction/park they have ever visited.

Queensland, NSW and Victoria filled the top 20 places in the survey with eight attractions in Queensland, seven in NSW and five in Victoria.

The survey also charted Australians' intention to visit attractions in the next two years, recording the following plans:

Click here for more information on the Attraction Parks in Australia survey.