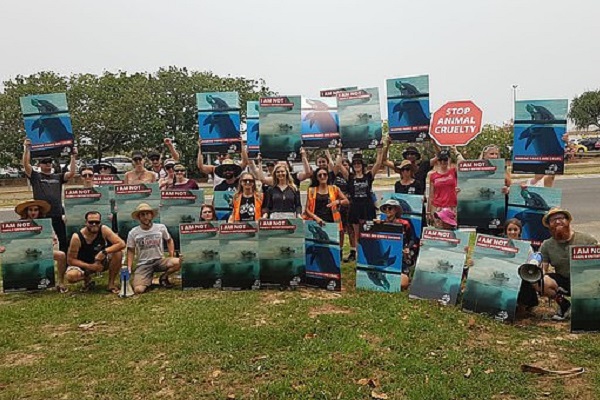 Sea World’s dolphin care has been the target of further protest with a small group from the Animal Justice Party calling for the Gold Coast marine park to cease the breeding of dolphins in captivity.

Hurst, who travelled outside her jurisdiction to lead the animal rights protest, stated during “I am disgusted that Sea World continues to breed these highly intelligent animals so that they can profit from circus-style shows.

“Dolphins in captivity can live for up to 50 years. That means that the dolphins any of us saw here as children could still be in the same pools, doing the same meaningless and demeaning tricks.

“Dolphins are wild animals, not objects to be used for our entertainment. Imprisoning them in artificial pools risks teaching children dominance and disrespect for animals.”'

The Gold Coast Bulletin reported that about the group gathered outside the Gold Coast theme park holding placards and chanting for two hours on Sunday.

Randhawa stated “what is a NSW senator doing in Queensland? I don't get it. It's insanity.”

Randhawa attacked the protestor's actions as "ridiculous" and claimed they were using the brand name to get media attention. 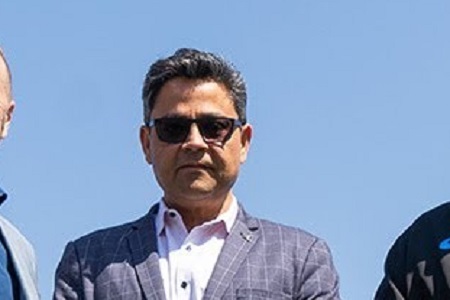 He pointed out that lines to enter the theme park were in the thousands compared to the mere 20-30 people protesting for animal rights.

Adding that “it's just a repetitive, monotonous agenda that I think even our consumers are sick of”, Randhawa went on to point out that Village Roadshow theme parks voluntarily pay money into animal rescue operations, including donating to koalas affected in bushfires.

Hurst, a psychologist, is the Animal Justice Party's second representative in the NSW Upper House after party president Mark Pearson.

In a statement after her victory earlier this year, she said “I won't be some politician full of empty promises.

“I plan to do whatever it takes to make changes for animals because there are still millions of hens in cages, there are koalas having their homes torn down, and there are animals being shot from the skies.”

While Sea World’s dolphin shows are one of its signature attractions, behind the scenes the theme park is responsible for major conservation projects involving dolphins and marine mammals. The Sea World rescue team, which collaborates with the Queensland Parks and Wildlife Service and Queensland Boating and Fisheries Patrol, undertakes the rescue of stranded and entrapped marine animals - including dolphins, turtles, whales and penguins - and has been called upon numerous times by governments amd authorities to assist with marine animal strandings, frequently then embarking on the rehabilitation of these animals if they are injured.

In some cases, if these rescued animals are unable to return to the wild they remain at the Gold Coast attraction.