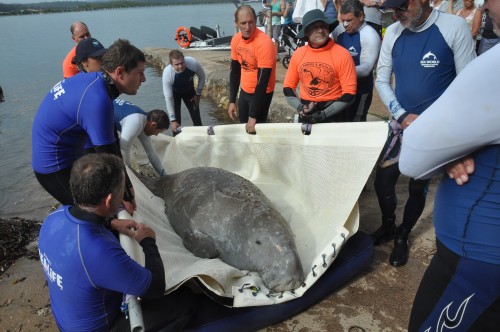 A dugong which was rescued from Merimbula Lake in a joint operation between marine experts from Sea World, SEA LIFE Sydney Aquarium and the NSW National Parks and Wildlife Service (NSWPWS) is currently undergoing rehabilitation at Sea World.

The Dugong will spend a short-period of time at Sea World for health checks and on-going rehabilitation before hopefully being released in Moreton Bay.

Sea World Director of Marine Science, Trevor Long said this has been a rewarding rescue given the vulnerable status of Dugong populations 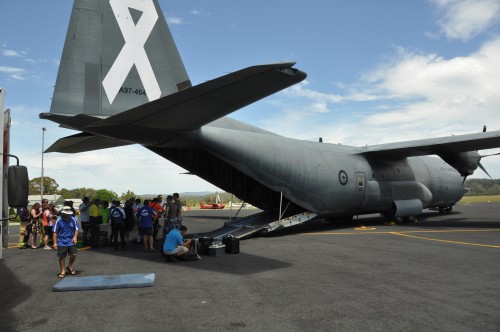 Long stated “the Dugong has settled well in our Veterinary Quarantine Centre and has eaten a small amount of sea grass which is an encouraging sign.

“Throughout the rescue operation, the welfare and wellbeing of the Dugong was the team's highest priority and we would like to thank all parties involved for their assistance which lead to a successful rescue operation.

“The strong community messages that result from these types of rescues highlight the importance of marine conservation.”

To minimise travel time, the RAAF combined routine flying operations to assist with the relocation process and flew the Dugong and the specialised veterinary team to the Gold Coast.

Merimbula Lake is well outside the normal range for Dugong populations, which are tropical and subtropical species and it is extremely unusual for them to be found this far south. The Dugong was in a poor condition and with cooler waters forecast and lack of suitable sea grass and the Dugong would have ultimately died if left in the area. 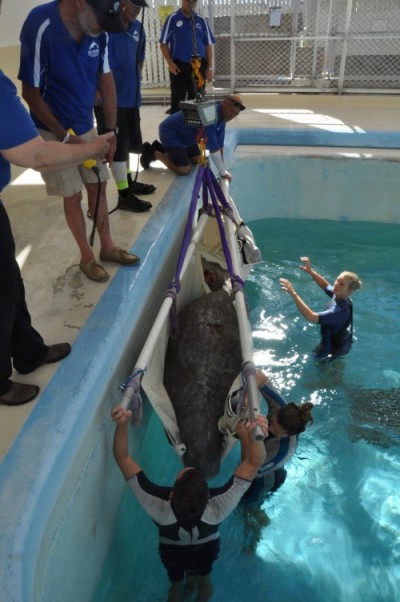 Sea World has a long history of working with Dugongs and for the last eight years has conducted health assessment surveys on the Dugong population in Moreton Bay with the University of Queensland and SEA LIFE Sydney Aquarium.

Images show the Dugong rescue. (From top): The Dugong at Merimbula, the RAAF airlift and being settled into Sea World's pools.