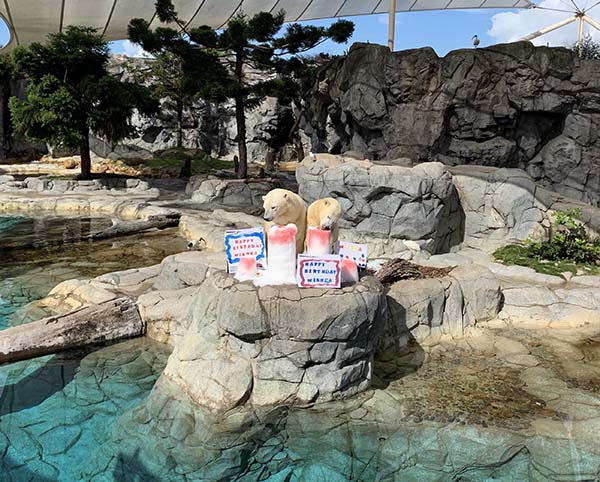 Mishka has thrived at Sea World under the watchful eye of her mum, Liya and has come a long way since her birth now weighing in at around 200 kilograms and measuring more than 1.5 metres tall when standing.

Polar Bear Shores is one of the world’s best exhibits for Polar Bears and features a cascading waterfall, a large main pool that is up to four metres deep, an array of climbing outcrops, fallen trees, shrubs and other structures.

The Polar bears at Sea World are ambassadors for their species and play a vital role in raising awareness of the effects of global warming.

Sea World Polar Bear Keeper, Nora Tenbrock said it has been great to be part of Mishka’s development and the team is excited to celebrate this wonderful milestone, commenting "Mishka has become a favourite of Sea World guests and this is a great occasion for us to throw her a wonderful party where she can celebrate with her favourite toys and treats." 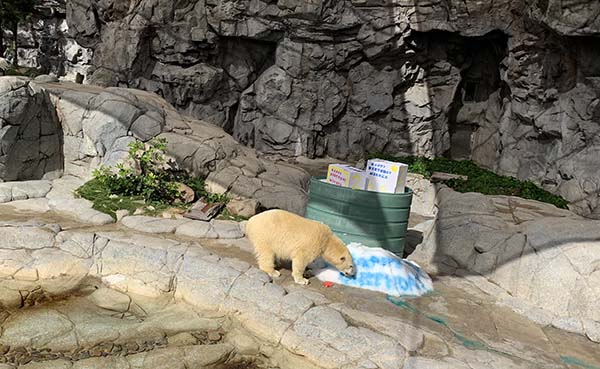 “The exhibit here at Sea World offers one of the world’s best enrichment programs and occasions such as these provide a great opportunity for our Bears to experience a range of different smells and textures.

“Liya and Mishka’s diet consists of red meats, fish and small amounts of fruit and vegetables. Mishka really enjoys diving and playing with toys in the pool which is great for Sea World guests who can get an up-close view through the underwater viewing area."

Mishka will eventually become a part of the International Polar Bear breeding program.