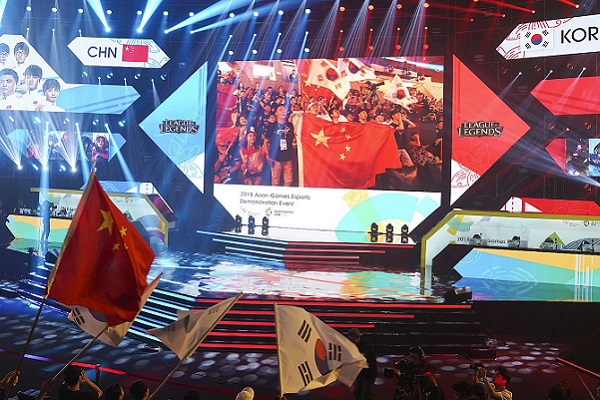 The Olympic Council of Asia believes the inclusion of esports in the official program of the 19th Asian Games in Hangzhou, China in 2022 will “add value” to its showpiece event.

Esports, along with breaking, will make their Asian Games debut as full medal sports at Hangzhou 2022 after being approved at the 39th OCA General Assembly in Muscat, Oman this week.

Olympic Council of Asia (OCA) Asian Games Director, Haider Farman, is looking forward to welcoming the e-sports community to Hangzhou, advising, via video message, “it is a great pleasure and honour for me to bring you the good news that electronic sports has been included in the Hangzhou Asian Games 2022 sports program.

“It will be a great honour for everybody to have you participating in these Asian Games as players, as officials and technical officials.

The OCA said that the Asian Electronic Sports Federation - its partner as a continental sports federation - would be in charge of all technical issues and the operation of the competition in Hangzhou, where there will be six medal events.

The OCA has pioneered the development and inclusion of esports in international multi-sport games, and recognised its broad appeal to a younger generation in a changing sports world.

Esports first appeared as an official medal sport at the OCA's Asian Indoor Games in Macau, China in 2007 and was a demonstration sport at the 18th Asian Games in Indonesia in 2018, meaning the medals did not count in the overall table.

Breaking will also make its Asian Games debut with two events - two years before the high-energy, youth-focused breakdancing competition joins the Olympic Games for the first time at Paris 2024.

Image: Team China Takes the Crown in League of Legends at the 2018 Asian Games in Jakarta. Credit: OCA.