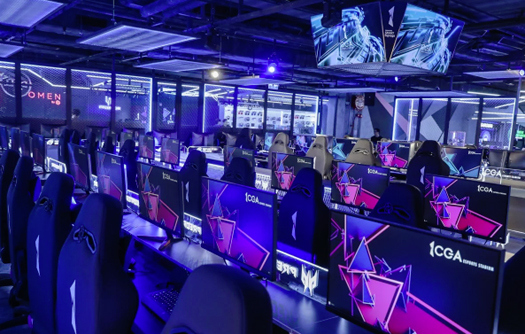 A newly opened eSports facility in Hong Kong’s Mong Kok district is being seen as having the potential to boost the video-gaming in the region.

Built at a cost of HK$30 million (US$3.8 million), the 2,320 metre² Cyber Games Arena (CGA) is the largest eSports facility in Asia and provide state-of-the-art facilities for Hong Kong’s gamers.

CGA Chief Executive Ryan Chow sees the facility as offering a location for avid gamers to create viable careers in eSports while turning the pastime into a lucrative business.

Telling the South China Morning Post that this could create jobs for youngsters and boost the city’s economy, Chow stated “our vision is to connect gamers from all over the world and expand our presence to other regions in Asia, such as Vietnam and Thailand. We hope to provide impetus and momentum for the e-sports industry to thrive.

“Through this arena we hope to showcase to Hongkongers that e-sports can actually churn out a lifelong lucrative career for young enthusiasts, even though they may not be good at school.”

The multifunctional complex opens amid an increasing push to turn the city into a regional hub for the industry, with young gamers eyeing opportunities in the rapidly evolving sector.

The Hong Kong Government has strengthened its support with HK$100 million allocated to Cyberport to boost eSports, including building a HK$50 million competition venue and nurturing talent for start-ups. 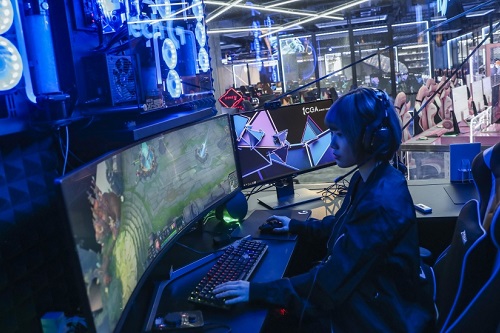 Reports suggest that the eSports will propel the city’s economic growth in the next 10 years, with revenues in the sector forecast to grow from US$742 million (HK$5.77 billion) in 2016 to US$1 billion by 2021.

Chow, who is also Chairman of the E-Sports Association Hong Kong, is a passionate advocate for the sector, advising “eSports ... inspires gamers to think seriously what they’re going to do with their lives with this hobby.

“E-sports can provide a purpose for their pursuit.”

Having set up the first CGA facility with two partners in Kowloon Bay in 2012, the business attracted investment to expand into Taiwan. Last year, with more than 40,000 members, the company got a HK$50 million investment from Timeless Software to develop an eSports business in Hong Kong.

Chow added “for the industry players, we can consolidate our position to showcase to eSports enthusiasts that local eSports enterprises and professionals can gain international recognition.

“For the government, I think it should take an active role in promoting the positive image of eSports and the advantages it brings to Hong Kong.”

The two-floor building - offering training facilities, a competition arena for a maximum of 80 gamers, television broadcasts, online streaming platforms and a retail area - is expected to attract 1.2 million visitors and hold more than 100 local and overseas e-sports competitions annually.

According to a Hong Kong City University study in 2017, there were more than 300,000 players in the administrative region, nearly 90% of them aged between 13 and 21.