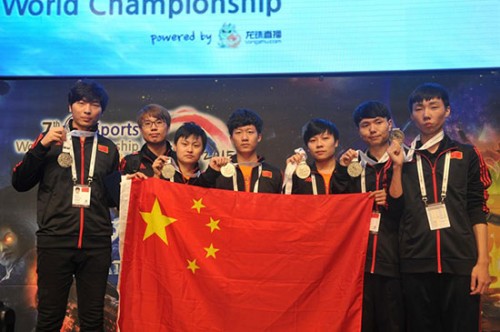 Beijing Business Today reports that the eSports is a sector with huge potential with prospects for expanding technologies and events.

The Report’s data shows that the user scale of eSports games: it has had 566 million games played but with only about 50,000 active players. The sales value of eSports games made up 90% of total sales for the Chinese eSports industry in 2015.

Beijing Business Today suggests that with the expansion of the eSports industry, single eSports content has not been able to satisfy the target audiences’ demand.

It states “as a result, eSports contexts will be as the core of the business layout and the broadcasting of live games, copyright distribution, and club economics will be among the future priorities of the eSports industry as it develops.”

Image: Winners at a recent eSports tournament in Shanghai.