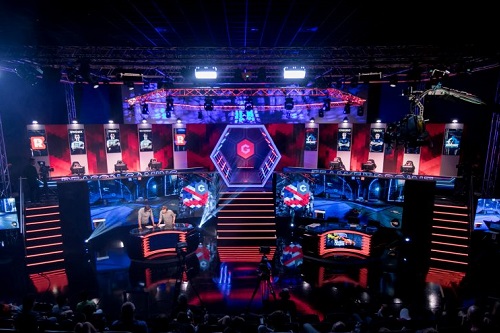 The two companies will combine their skills and resources to develop a blueprint for a scalable, specialist playing, watching, training, learning and broadcast facility which will enable gamers of all levels to come together, share experiences and compete.

Both companies are confident that their thought leadership and technical expertise in creating the blueprint will lead to an organisation choosing to bring the concept to life, delivering the world's most advanced integrated eSports facility.

With research showing that the global gaming and eSports communities consists of  1.93 billion and 368 million people respectively and the number of people competing and watching eSports growing 17% year on year, increased interest among game publishers, rights holders and sports franchises for dedicated eSports facilities reflects the continued growth in gaming and the explosion of participation in both competitive gaming from the amateur level, usually through online play, through to professional eSports which culminate in live event finals.

Arup Associate Director Chris Dite explains "the latest thinking on integrated eSports facilities is high on the agenda of a number of our largest clients.

“The focus of the project is to create facilities that exceed the expectations of the professional players, the aspirational professionals, the amateurs who want to compete in a fun, safe environment and the fans who support their teams. No one understands this audience better than Gfinity.

"It is not just about the arena where the stars play. It also includes the learning, fitness and nutritional centres that they need to access to maintain a healthy, balanced lifestyle. The facility will also include residential spaces where thousands of aspirational professionals can come throughout the year to learn their craft. As specialist global leaders in sports architecture and with extensive experience in the field, we look forward to working closely with Gfinity, to achieve the facility of the future."

Gfinity Executive Chairman, Garry Cook added “we are delighted to be working with Arup to design the world's most advanced integrated eSports facility. The eSports professional and aspiring amateur learning their craft have similar needs to their counterparts in a host of other sports. Environments that optimise their ability to play and train to their highest potential is the difference between winning and losing.

"We will draw on our experiences of owning and managing Europe's first eSports arena in London and engage with our community, which numbers tens of millions of passionate eSports players and fans, to hear what they have to say. The final design will be informed from the ground up. This is another example that the eSports industry is exciting, growing, full of opportunity and is now."