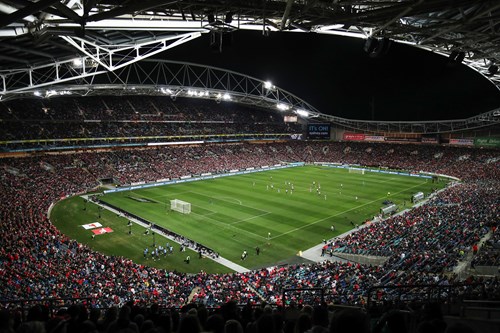 Enhancing the fan experience and revenue generation opportunities through digital transformation and venue design are to be the key themes of the Australia and New Zealand Stadium and Arena Congress being held at Sydney’s ANZ Stadium from 17th to 19th October.

Drawing on expertise in staging the annual World Stadium Congress, organiser IQPC advise “state governments across Australia are investing heavily in new stadium and arena infrastructure in response to growing attendance numbers and to bring existing venues into the digital age.

“The smart stadiums of 2020 and beyond will ensure a heightened fan experience, improved security, and increased revenue generation opportunities as owners and operators embrace advancements in technology to deliver super-connected venues that will take the live experience to the next level.”

Being held for the third year, the ANZ Stadium and Arena Congress has been developed to provide a holistic industry perspective with insights from a wide range of industry stakeholders, including: governments, owner/operators, project managers and hirers.

Click here to view event details for the Australia and New Zealand Stadium and Arena Congress in the Australasian Leisure Management industry Calendar.

Article amendment. Earlier promotion for the Congress indicated that a representative of Suncorp Stadium would be a speaker at the event. This is not the case. 26th August 2018.