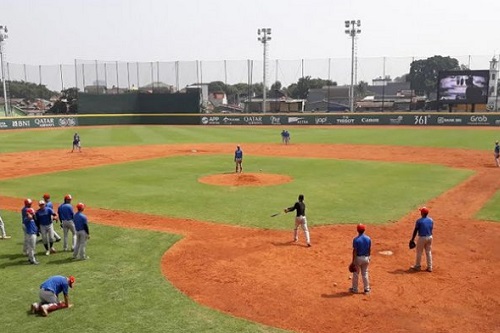 12 venues that will be used for the 2018 Asian Games in Indonesia have been inaugurated by Jakarta Governor Anies Baswedan.

As reported by The Jakarta Post, Governor Anies inaugurated the Rp 102 billion (US$7 million) venues by symbolically signing several granite slabs at the JIBA in Rawamangun, East Jakarta.

With the city rushing to complete multiple infrastructure projects ahead of the 18th Asiad, Governor Anies advised “Indonesia is out of the ordinary ... people are always pessimistic about us, they think we’ll fail ... but we don’t.”

The 10 renovation projects only began in November 2017, while the JIBT was developed from January to July this year and the JIBA from April to July.

The renovation cost of the 10 sport centres was Rp 35.8 billion (US$ 2.4 million). The development of the JIBT and the JIBA was worth Rp 27 billion and Rp 39.3 billion respectively.

According to Governor Anies the new BMX stadium has achieved top ‘Class 1’ certification from the Union Cycliste Internationale (UCI) - the world governing body for sports cycling - while he advised that the new baseball stadium is “the best in Indonesia, even better than the one in Bung Karno Sports Stadium.”