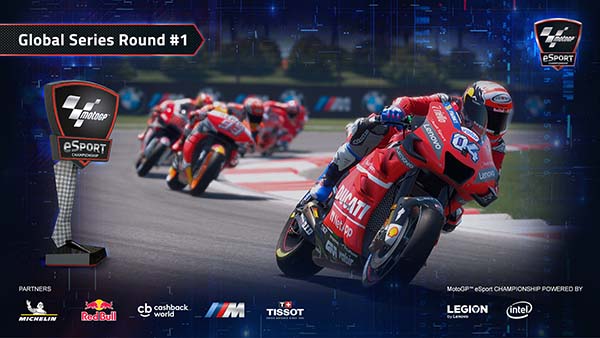 During the online phase, 11 million video views and 60 million impressions have seen more than 1.7 million engagements with MotoGP eSport - record-breaking numbers in the series' third season. Participation in the Championship, which is played on the official MotoGP 19 videogame developed and published by their long standing partner, Milestone, is up 30% on last year, ensuring 2019 is the biggest year yet for the series.

The Pro Draft, new for 2019, cemented MotoGP eSport as a global Championship, with 72 participants from 16 countries making it through, from as far and wide as the USA, Brazil, South Africa, India and Indonesia. 12 players emerged to move through to the final phase of the Championship – the Global Series, played on Lenovo Legion computers.

Pau Serracanta, Managing Director of Dorna Sports - the commercial rights holder for the motorcycling sport of MotoGP - advised "it’s fantastic to see how MotoGP eSport continues to grow year on year and to see its popularity skyrocketing as it cements its global appeal.

"This season we have finalists from Europe, America, Asia and Oceania, making it a truly global Championship – just like the MotoGP World Championship of which every player is such a fan. eSport is a significant part of our sport and important for our partners.”