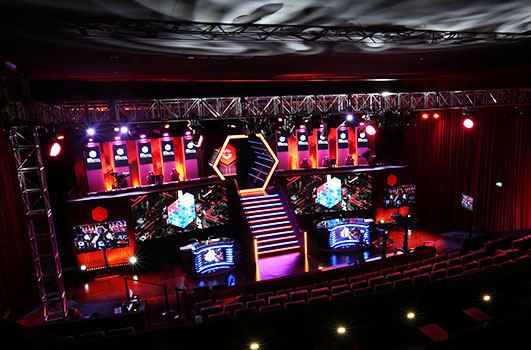 In a surprise move, Here, There & Everywhere (HT&E) is to close its esports venture, Gfinity Esports Australia, at the end of 2019, claiming the esports market to be unsustainable in Australia.

With HT&E to reinvest capital into its radio and music streaming businesses, Gfinitiy will close after the conclusion of the Gfinity Supercars Eseries, which is scheduled to end on 24th November.

This closure means the business, which HT&E invested in via HT&E Events, has been posted as a $5.3 million loss on the company’s net investments as of 30th June 2019.

Gfinity Esports Australia first launched in 2017 in partnership with UK-listed esports promoter Gfinity and was responsible for building Australia's first custom esports arena in partnership with Hoyts. The decision to exit the venture, in which it holds a 35% stake, follows a review this year.

HT&E Chairman Hamish McLennan advised the company will have a greater focus on its audio strategy, advising "we are assessing our existing investments to determine how they can better integrate into audio, and if not, what alternatives are available to deliver better shareholder value.

"While the business has achieved some significant and world-leading results, the economics of esports in the Australian market are yet to deliver sustainable, positive earnings.

"We will also consider investment opportunities that are aligned with our overall audio strategy."

The decision came as HT&E, operator of Australian Radio Network, which includes stations such as KIIS and Pure Gold, reported its first-half results amid a tough Australian advertising market. McLennan noted the radio advertising market was down 2.4 % in the first half of 2019.

HT&E Chief Executive Ciaran Davis noted the company was focused on its core radio business, adding "across the network we are reaching record numbers every week and we have maintained our winning edge, retaining the number one and two FM breakfast shows in Sydney, and KIIS 101.1 in Melbourne recording its highest station audience since 2014.

"We already deliver the most complete audio solution in Australia and our digital platforms that extend audience reach are an important part of this.

"With our iHeartRadio platform we lead the market and are investing in technology and data capability for targeted advertising to generate growth.”

HT&E extended its licence for iHeartRadio, its internet music, radio and podcast platform, to 2036.