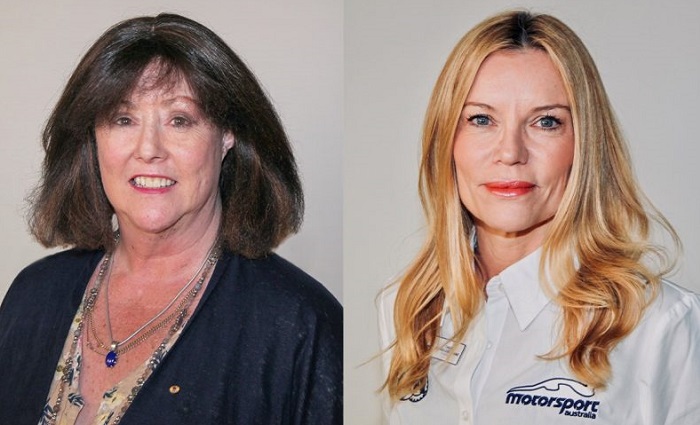 Margot Foster has been elected Vice President of Motorsport Australia, while Director Thea Jeanes-Cochrane has been appointed for a three-year term on the Board following her initial one year appointment.

Foster’s election as Vice President is a historic appointment for Motorsport Australia (the former Confederation of Australian Motor Sport) as she becomes the first woman elected to the position.

An Olympic and Commonwealth Games medallist in rowing and former Chairman of Vicsport, Foster is a lawyer by profession and a highly experienced sports administrator.

Advising that she was delighted to take on this new role, building further on her contributions to the Board since her appointment as a Director in 2017, Foster (who was elected at the beginning of December) stated "it’s an exciting time to be involved in motorsport and at a Board level, there is certainly a lot of great work in the pipeline which will assist in growing the sport from the grassroots through to the highest level.

“With CAMS’ upcoming rebrand to Motorsport Australia and a number of strategic initiatives and governance reforms underway, I am delighted to be playing a part in helping shape the future of this sport around the country.

“To serve as Vice President of CAMS, and Motorsport Australia as of 2020, is certainly an honour and a position I am excited to take on.”

Jeanes-Cochrane’s career in the international sports and entertainment industry spans more than 20 years, graduating from Ohio University in the USA with a Master’s Degree in Sports Administration and Marketing. She has a track record in creating, producing, and commercialising a diverse portfolio of events – ranging from the Commonwealth Games and motorsport (IndyCar and V8 Supercars), to global touring exhibitions, theatre shows and concert spectaculars.

Commenting on her role, Jeanes-Cochrane explained "since joining the CAMS Board in March this year, I’ve witnessed first-hand the passion and dedication that my fellow Board members contribute, along with the staff in the organisation, towards ensuring the ongoing success of motor sport in Australia.

"While motorsport currently sits in a strong position in Australia, there’s always plenty of future planning work to do to ensure its strategic growth. This includes creating new entry pathways for participation open to all people, and especially attracting more women into careers within the motorsport industry.

“The announcement of a rebrand to Motorsport Australia, which comes into full effect in 2020, has been nationally well received, and we are enthusiastic about how this update will assist us in our efforts to deliver further reach and growth across the industry.”