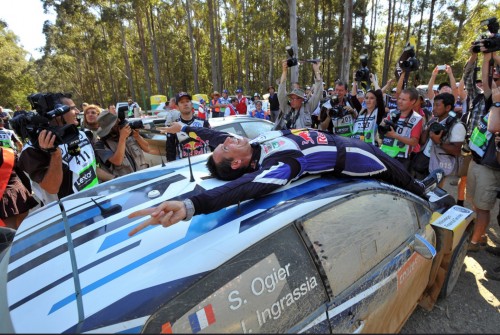 Members of the team behind the 2015 Rally Australia have been recognised in the annual awards of the Confederation of Australian Motor Sport (CAMS).

Adrian Stafford, who was Clerk of Course of the September FIA World Rally Championship round, accepted Life Membership of CAMS at the recent Night of Champions award ceremony in Melbourne.

Official photographer Bruce Thomas was judged Motor Sport Photographer of the Year for his work on the 2015 rally.

Perth-based Stafford was awarded for his long service to rallying. He has worked in senior roles at Rally Australia for all but two events since its inception as a round of the WRC in Perth in 1989. He rejoined Rally Australia after its move to the New South Wales Coffs Coast, as Clerk of Course in 2013, 2014 and 2015.

He also has served on other events, including the Australian Safari, been an FIA Observer and Steward on WRC and FIA Asia Pacific events, undertaken training and advisory roles for other international rallies and competed as a driver in rallies and racing.

In 2014, he was recognised as the world’s top motor sport official, winning the Federation Internationale de l’Automobile’s Outstanding Official of the Year award.

He has been appointed Sporting Director for the 2016 Rally Australia, which will be staged on the New South Wales Coffs Coast from 17th 20th November as the closing round of the championship. 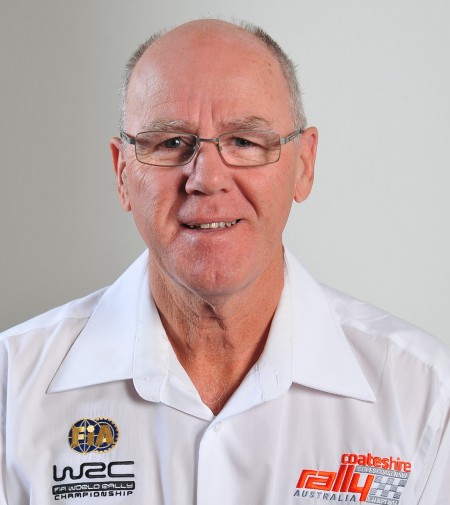 Thomas, a veteran freelance press photographer based in Coffs Harbour, was a member of the official event photographer team at the 2015 Rally Australia.

Thomas’s winning images superbly portrayed the excitement of world championship rallying, from Norway’s Andreas Mikkelsen sliding his Volkswagen past a spectator crowd to Coffs local Nathan Quinn leaving a dust trail behind his Mitsubishi and Volkswagen crew Sebastien Ogier and Julien Ingrassia celebrating their third world championships at the end of the final stage.

His work was distributed to media outlets around the world and seen by visitors to the event’s on-line photo gallery.

Rally Australia Chairman Ben Rainsford congratulated the two awardees, stating “Rally Australia is proud of Adrian and Bruce in being honoured by the governing body alongside the other champions and high achievers of Australian motor sport.

“They are exemplars of the wonderful team of staff, officials and partners who work with energy, experience and imagination to stage the annual Rally Australia on the Coffs Coast as one of our country’s greatest motor sport events.”

Images: This shot of Sebastien Ogier and Julien Ingrassia celebrating their world championship win at Rally Australia was among a selection that won official event photographer Bruce Thomas the CAMS Motor Sport Photographer of the Year award (top) and Rally Australia Sporting Director and 2015 Clerk of Course Adrian Stafford (below).