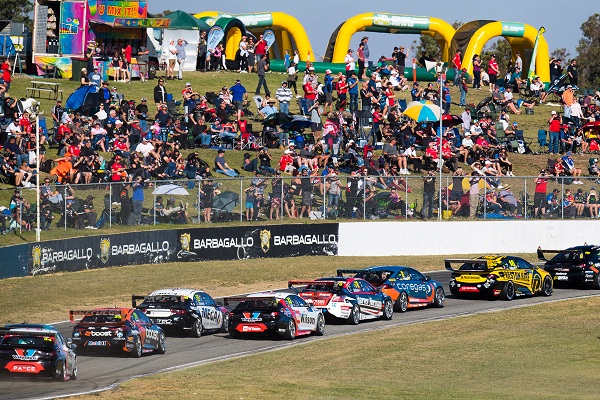 The Western Australian Government has released its WA Motorsport Strategy, providing the industry with a roadmap to improve motorsport, develop facilities and boost the potential to host local events in support of tourism and local jobs.

A key element of the Strategy is the formation of a new industry working group which will provide Western Australian motorsport with a dedicated representative body for the first time.

Following extensive consultation in developing the Strategy, motorsports stakeholders with relevant experience are now invited to make expressions of interest to join the working group and play a pivotal role in guiding the future of the industry.

The Strategy lays the foundations for the development of best practice guidelines for safety, risk assessment, governance, access, management and operations.

It also calls for a co-ordinated approach to infrastructure development, with specific motorsport pathways expected be developed within the State's key venues, including driver and rider training.

The final aspect of the Strategy calls for an events strategy to co-ordinate and maximise the industry's tourism potential - ideally attracting State, national and international events to boost local economic activity and create jobs.

The WA Motorsport Strategy was developed in consultation with peak motorsport bodies, regulators and local governments, which have expressed strong support for its objectives.

Welcoming the Strategy, Western Australian Sport and Recreation Minister, Mick Murray advised "WA motorsport now has a co-ordinated, widely-supported strategy to maximise the sport's potential and empower the industry to drive its own future.

"The new industry working group will provide local motorsport with a dedicated representative body for the first time, facilitating a more co-ordinated approach to the development of motorsport in the State.

"The Strategy has received strong support from stakeholders and we look forward to some of those passionate individuals nominating to be part of the industry working group.

"Ultimately, the WA Motorsport Strategy is designed to capitalise on the industry's potential - not only for local participants and fans, but to maximise the benefits of future events in support of tourism and local jobs."

The industry working group will be formed shortly, with expressions of interest able to be made by emailing motorsportstrategy@dlgsc.wa.gov.au

15th August 2011 - Construction gets the green light at Barbagallo Raceway