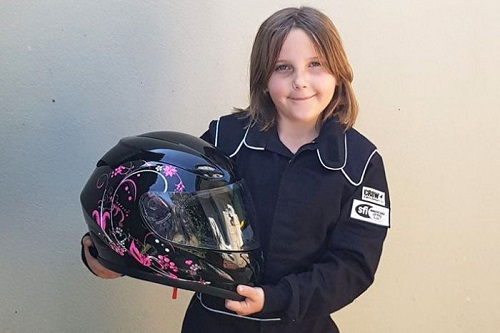 A Coronial inquest into the drag racing death of eight-year-old Anita Board at the Perth Motorplex in November 2017 has heard the junior sport had "almost a flippant attitude" to enforcing safety rules.

Anita Board suffered catastrophic brain damage when she crashed into a concrete barrier two days after her eighth birthday - the age at which she became eligible to compete in junior drag racing.

She was driving her 210cc purple dragster, named Pony Power, in a test run to gain her racing licence when the accident occurred.

She was taken to hospital but died the next day from catastrophic brain damage.

Witnesses told the inquest that she was driving too fast before the crash.

Simon Cope, the father of junior drag racer Alanah Cope, told the Court he was at the Perth Motorplex on the day of Anita's accident, watching his daughter compete.

He said drag racing was "relatively safe for a motorsport" and there was "a lot of scaremongering about it", but there needed to be an overhaul of safety measures for junior participants.

He advised that "the main issue seems to be the attitude ... It's almost a flippant attitude.

"Sometimes the officials don't enforce the rules. They sometimes turn a blind eye because they don't want to upset the kid, upset the wrong parents."

He told the court he was watching the eight-year-old at the starting line because he knew she was doing a "licence pass" and that "something didn't seem right when she left the line".

In earlier evidence, track official Shaun Rosling told the inquest he was standing behind the finish line when he saw that Anita Board was "definitely going too fast".

He said he used both hands to motion for her to slow down, but she instead veered towards an exit gate and hit a nearby concrete barrier.

Rosling said he then jogged over to the eight-year-old's car, where he saw her "slumped over like she wasn't breathing" and called for assistance from paramedics.

He said after the crash, another race or "pass" was held, before all racing at the Motorplex was called off.

Naylor told the court he "begged to differ" with part of Rosling's evidence.

He said he saw Rosling put one hand out to the side, which suggested he was motioning Anita to turn toward the exit gate at the side of the track. Western Australian Police Investigator Senior Constable John Turner earlier told the inquest the car was moved soon after the crash and racing continued without proper investigation of the site. 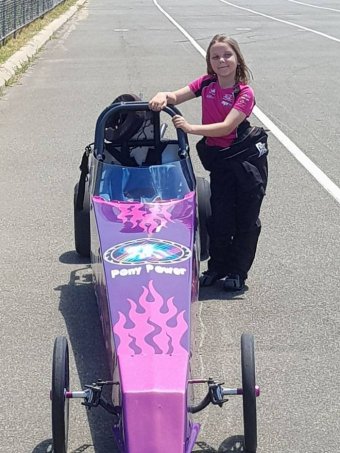 He was highly critical of the move, saying it meant a proper investigation of the crash site could not be conducted.

He said major crash investigators did not attend the incident because it took place on private land, and much more information about what happened would have been obtained if they had.

Senior Constable Turner's comments were supported by the officer in charge of the Coronial Investigation Squad, Detective Senior Constable Dave Shillingford, who said officials at the track should have waited for trained investigators to arrive.

Both police officers also told the court they thought that eight was too young for a child to drive a drag racer.

The Australian National Drag Racing Association's Chief Steward (WA) Neville Stokes told the Court he inspected the dragster after the crash and detected "a number of faults" with the vehicle.

He said the brakes were "misaligned", which "may have affected the stopping distance" of the dragster.

However, he said it was unclear to what extent that affected Anita's case because it did not appear she had taken her foot off the accelerator after the finish line.

Stokes said the way the dragster's safety harness was attached could also have contributed to her injuries.

He also identified a technical defect with the steering shaft, but said that "would not have had a bearing on the cause of the crash".

Drag racing official Christopher Hay told the court Anita was "very nervous" before her licence pass and had failed the initial "blindfold test", which assesses a driver's ability to get out of the car after an accident.

But he said she passed her second blindfold test "with flying colours".

Coroner Sarah Linton is examining the age limits of junior drag racing, the level of mandatory training, how testing is conducted for racing licences, safety, and the response to critical incidents.

In her opening address, counsel assisting the Coroner Fleur Allen told the Court Anita Board was a "bubbly and bright child with an infectious smile", who wanted to follow her older sister Sarah into junior drag racing.

According to the Australian National Drag Racing Association, a junior driver must be a minimum of eight years old to obtain a competition licence.

In that class, they can reach speeds of 96kph during a race.

Western Australian Government Ministers had previously expressed surprise an eight-year-old child would be allowed to drive at that speed.

They said they would reconsider all safety aspects of the sport, including raising the age limit, after the Coronial inquest had concluded.

A statewide suspension on junior drag racing, imposed in the days after the accident, remains in place.

The inquest is set down for three days.

Images: Eight-year-old Anita Board died in her dragster at Perth’s Kwinana Motorplex. Courtesy: Facebook/Ian J Board.