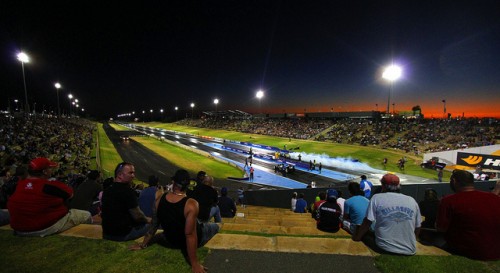 VenuesWest has announced the appointment of Shane Walsh, currently VenuesWest Event Manager, to the new role of General Manager for Perth Motorplex.

Announcing the appointment, VenuesWest Chief Executive David Etherton stated “after a comprehensive recruitment process where we received interest from across Australia and internationally, I am delighted to announce that one of Western Australia’s most experienced venue and event managers has ... been appointed to take on the role of General Manager of Perth Motorplex for VenuesWest.

“With a career that spans three decades managing and operating venues and events, Shane is also an accredited venue manager from the Venue Management Association.”

Walsh not only brings with him extensive knowledge of VenuesWest, but also a wealth of national experience managing events and venues. This includes:

Etherton added “Shane will transition into his new role shortly and will be responsible for the general operations of the venue and events as well as stakeholder and staff management.

“He will lead an experienced team to host seasonal events and activities for thousands of expected visitors each year, while balancing community expectations and commercial outcomes.

“We have been fortunate enough to keep Gavin Migro as our Speedway Racing Manager and Rod Britton as Drag Racing Manager, and the combination of their Motorplex experience with Shane’s venues and event experience will be great for both competitors and spectators at the venue.

“On behalf of VenuesWest we are excited to welcome Shane to this new role and look forward to seeing what the future holds with him in the driver’s seat.”

On 1st July 2016, VenuesWest commenced its appointment as interim Perth Motorplex operator, allowing the Perth motorsports community to continue to compete in and enjoy their racing.