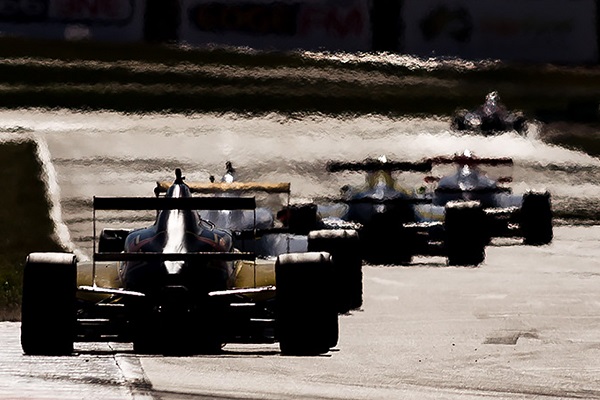 The Confederation of Australian Motor Sport (CAMS) has advised that the Australian Formula 4 Championship will not continue next year - citing low grid numbers as the reason for its demise.

Championed as the first step on the global pathway to Formula 1, the Australian Formula 4 Championship was first held in 2015.

However, while it has been credited with the rise of a number of future stars of the sport, a statement from CAMS has advised “the low grid numbers have meant the category is unable to continue in its current form”.

The Championship was created after the cessation of Formula Ford as a nationally recognised series and was designed to bring Australia in line with other countries around the world.

Confirming that the series will not take place in 2020, CAMS Chief Executive Eugene Arocca yesterday acknowledged the challenges the category has faced, while also celebrating its many successes over the past four years.

Arocca advised “there are many drivers who competed in the Formula 4 category who excelled and have gone on to make a name for themselves in a host of different senior categories … that shows that Formula 4 has certainly provided a strong development pathway.

“However, it is fair to say the category has not lived up to our expectations when it comes to the number of competitors we expected to see on the grid. Ultimately, our market was not able to sustain consistently high grid numbers and the inevitable appeal for young Australians to go directly overseas and compete in championships with much higher grid numbers was always an issue.

“While it’s disappointing the category won’t continue in 2020, there may be a possibility for it to return depending on future interest and support for the category, given its global standing in the Formula pathway. We have learnt some important lessons that will help shape any future plans for the category.”

Arocca explained CAMS would now look towards building a new development program in 2020, to ensure young drivers are given every chance to prove themselves at the highest level.

He added “we know how important it is to invest in motor sport’s future to ensure our sport thrives and our talented junior competitors are given every opportunity to excel.

“We want to find the next Daniel Ricciardo or Jamie Whincup and help foster growth in the participation of the sport at junior levels. Our role is to now work closely with all stakeholders to find the best way forward and understand where best to invest in our future stars.”

Initially running on the Supercars support bill, more recently the Australian F4 Championship had taken to competing on CAMS’ own Shannons Nationals platform.

Arocca also thanked those who have played a part in the Formula 4 paddock, including teams, drivers, sponsors, and their family members.

CAMS will announce details around its future development programs in the coming months, following extensive consultation within the industry both locally and overseas.