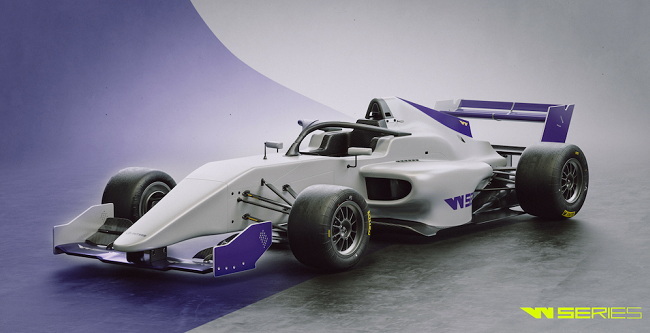 A new women-only motorsport series has been launched in an attempt to find potential female Formula 1 stars.

W Series will start in 2019 and is backed by a number of major F1 names, including 13-time grand prix winner David Coulthard and Red Bull design chief Adrian Newey.

Coulthard said he believed men and women could compete on equal terms in motorsport but advised that the existing structure had "not worked" in finding a top woman driver.

Newey, designer of cars that have won 20 F1 drivers' and constructors' titles with Williams, McLaren and Red Bull, added "I have a reasonable understanding of the constituents of a top-class driver's necessary skill set. And brute strength isn't on that list.

"That being the case, I believe the reason why so few women have so far raced successfully at the highest levels against men is a lack of opportunity rather than a lack of capability."

W Series aims to attract up to 20 of the world's leading female racing drivers to compete for a US$1.5 million prize fund across six races in Europe.

The cars will be identical and be provided and run by the championship.

Michele Mouton, a world rally winner in the 1980s and president of the Women in Motorsport Commission for governing body the FIA, advised "one of the objectives of the commission is to help ensure females have equal opportunities to compete at the highest level of the sport.

"We know from our recent driver-assessment programme that there is a pool of very talented women drivers who deserve the chance to do this.

"As competitors, they want to be the best and the only way for them to benchmark their performance is to compete in a mixed environment, which they are already doing.

"While this new series is obviously giving an opportunity for women to showcase their talent in a female-only environment, our objective is to have more of them competing alongside men and demonstrating they have the same ability and potential to succeed in top-level FIA championships."

Coulthard argued that W Series would identify the leading existing female talent and help them progress their careers.

He said finding talented young women and bringing them through the existing feeder categories, as the FIA proposes, would take "a generation", adding “our view is we don't want to wait a generation. We welcome that generation of young women racers coming through, but this is providing a solution right now."

W Series Chief Executive Catherine Bond Muir advised "we aim to bring the sport up to date and show the world just what women are really capable of.

"Of all the many thousands of people involved in the technical side of our sport across the globe, only a handful are women. Our mission is to change all of that."

The last woman to start an F1 Grand Prix was Italy's Lella Lombardi in 1976.