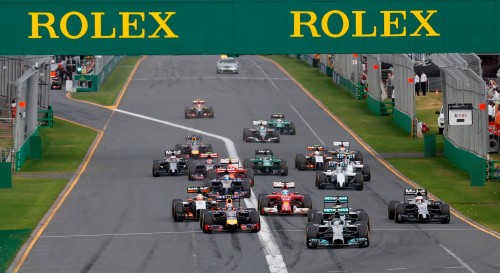 Formula 1 has refreshed its digital media strategy as it looks to attract a younger crowd of ticket-buyers and remote viewers.

Since Liberty Media’s takeover of the motorsport in January 2017, it has seen a shift in its approach to using online presence to draw in new audiences.

F1 is now pursuing mediums such as streaming services and live video, as well as relaxing filming restrictions to enable teams to produce better content in the paddock.

F1 management attempted to launch a digital platform in 1996, which folded only six years later due to low consumer interest.

In 2014, while still heading F1, Bernie Ecclestone, stated that he thought the shift towards social media would be “very short-lived,” and that people were “starting to think that it is not as good as they thought.”

Ecclestone also dismissed suggestions that the global motor racing series should do more to embrace a younger generation of fans by stating they are the wrong target market for the sport’s commercial partners.

With fan experience now key across all major sporting properties, F1’s digital push under Liberty Media has seen its new streaming service enable fans to subscribe and watch the sport, with a new F1 website to launch later this year.

As reported by Raconteur last November, F1 Sporting Managing Director, Ross Brawn advised “F1 is almost a start-up ... there had been so little done on the digital and social media front, so for us it really has been a fresh start. It’s good and bad. It is good because we have got an opportunity to create what we need going forward for the future, but bad because there was nothing there to build on.”

This season has also seen teams being given more freedom to film short videos while in the F1 paddock, with a digital series being filmed following the success of Amazon’s Grand Prix Driver.

“Everything we’re doing, from investing in our social media channels, which have grown 70 per cent year on year, to building the F1 TV service, to esports, to relaunching F1.com and the app at some point in 2018, is very much with the goal of not just growing the fan base, but deepening our engagement with our current fans.

“That’s pretty much the mandate, and success will be measured on that criteria firstly and foremost.”

Image: Racing action from the 2017 Australian Grand Prix in Melbourne.