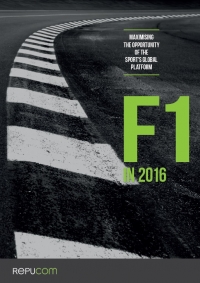 On the eve of the season opening Australian Formula One Grand Prix, Repucom have released their 2016 F1 sponsorship Report.

Repucom’s report examines the commercial landscape as the season gets underway, taking a look at each of the 11 team’s commercial stories, branding and the media and digital ecosystem in which the teams and their multitude of sponsors operate.

With 21 races scheduled between March and November, the 2016 FIA Formula One World Championship will be the longest season in the sport’s long history.

The program includes the return of the German Grand Prix; the first race in Baku, capital of Azerbaijan and, in addition to Melbourne, six races in Asia: Bahrain, Singapore, China, Malaysia, Japan and Abu Dhabi.

However, having been dropped last year, the Korean Grand Prix has not reappeared in the program while the Indian Grand Prix, which ran from 2011 and 2013, is also not on the schedule.

With new drivers, new sponsors and brands which have switched teams, Mercedes and Lewis Hamilton will defend their world titles on an expanded grid of 22 cars, with the new Haas F1 Team becoming the first start-up Formula One team since 2010. 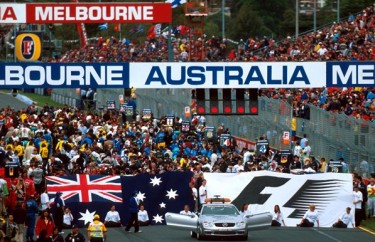 Team profiles: The commercial backgrounds to all 11 teams on the 2016 grid, plus the outlook for each from Nigel Geach, Repucom’s Senior Vice President, Motorsport.

Media: How Formula One teams and brands are working in the complex media and digital landscape of 2016.

Venues: With Mexico’s successful return to the calendar last season and the debut on the schedule of the European Grand Prix in Baku, Azerbaijan this June, how Formula One has broadened its geographical footprint.