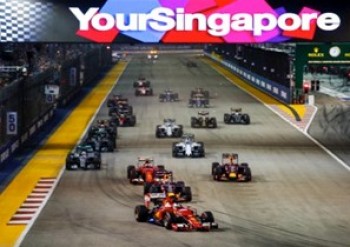 Marking one of the biggest deals in sport history, US-based Liberty Media has confirmed it is buying the Formula 1 motor racing series for US$4.4 billion.

Owned by the billionaire John Malone, Liberty will initially purchase a minority stake in the world's leading motor-racing championship with a full takeover planned if regulators approve the deal.

The acquisition ends several years of speculation about the sale of Formula 1, with the new owners aiming to further develop the sport.

Liberty Media has stakes in several sports and entertainment businesses, including the Atlanta Braves Major League Baseball club and will look to maximise returns from the sport from its hundreds of millions of fans worldwide.

Under Ecclestone - and the last decade of ownership by private equity group CVC - the motorsport series has enjoyed remarkable growth in terms of global popularity, profits and new races.

Liberty Media will hope to build on these strengths, helping the sport gain new fans, especially in the Americas, and to capitalise on new opportunities around marketing, promotion, digital rights and social media.

However, assuming European regulators approve the takeover, there are issues that the new US owners will need to address - the decline in appeal among younger audiences in an ultra-competitive sporting landscape, the rising costs to teams, fans and circuits, and the predictability of races.

Commenting on the acquisition, Liberty Media Chief Executive Greg Maffei stated “we are excited to become part of Formula One.

"We think our long-term perspective and expertise with media and sports assets will allow us to be good stewards of Formula One and benefit fans, teams and our shareholders."

Ecclestone has advised that he had been asked to stay on at F1 for three more years.

In July, sports entertainment property UFC was sold for a reported US$4 billion.