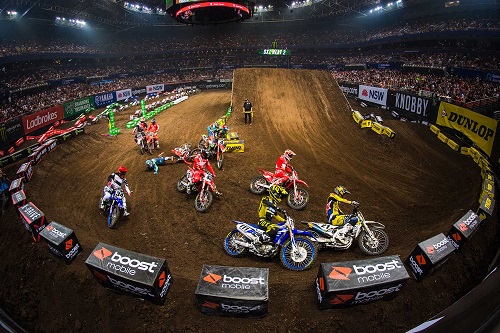 Tony Cochrane, the man who created and grew the V8 Supercars Championship into the fourth largest sport in Australia, has announced his involvement in what he sees as the next “big thing in sport”, supercross.

Its second event, at Auckland’s Mt Smart Stadium on 24th November will potentially be the largest ever held in New Zealand.

Supercross has been touted as one of the fastest growing and most extreme forms of motorsport with riders soaring 12 metre into the air and aggressive bar-to-bar contact is a regular occurrence throughout the short, explosive racing formats.

Cochrane was inducted into the V8 Supercars Hall of Fame in 2012, credited with taking the sport of touring car racing in Australia, from relative obscurity to one of the world's most recognised motorsport championships. He believes supercross will be the next big sporting spectacle, to captivate audiences attention, in an ever-changing sporting landscape.

Taking on the role of Chairman of the series, Cochrane is exited at how founders Adam Bailey and Ryan Sanderson have developed the new Championship.

Cochrane states “Adam and Ryan ... have created a truly world class show and over the next couple of years with their FIM Oceania rights they have great opportunity to grow this in Asia and the Middle East as well as the expansion into New Zealand.

“Anyone that hasn't witnessed Supercross absolutely has to see it to believe it. Whether you are a motorsport fan or just a fan of good entertainment; you will love this ... it is motorsport's answer to 20-20 cricket.” 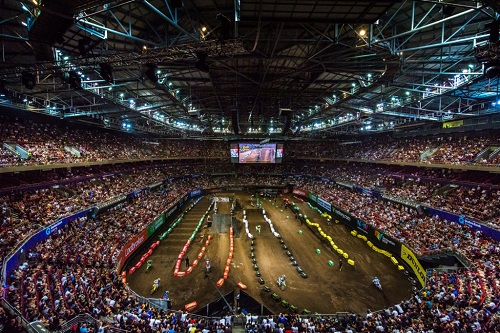 With the Monster Energy AUS-X Open Sydney event, which is now in its fourth year at Qudos Bank Arena, forming the curtain raiser for the 2018 championship, the brand-new Monster Energy S-X Open Auckland event and series finale at Mt Smart Stadium, will be the first time New Zealanders get an opportunity to witness the best Supercross athletes in the world and challenge for the most prestigious FIM sanctioned Supercross championship crown, outside of the USA.

Series co-founder and Director Bailey stated that an unwavering focus on spectator entertainment is the cornerstone behind the series' creation and international expansion for 2018.

Bailey advised “since the inception of the AUS-X Open in 2015, it has always been our goal to expand into overseas markets, so it is fantastic to be able to finally announce the Monster Energy S-X Open in Auckland and all-new FIM Oceania Supercross Championship.

“Our philosophy is really simple; to give our audience non-stop entertainment that is unscripted, unpredictable and absolutely unmissable.”

The move to expand from a one-off event in Sydney, to international championship status is a significant one, but series co-founder and Director Sanderson, says the timing could not be better, adding “after three years of growth in Sydney and a growing international audience, the timing for expansion and to announce the 2018 Monster Energy S-X Open Auckland event, is perfect. Today's sports fans and in particular the younger, millennial audience, command premium and memorable live event experiences that offer sensory overload from the moment they arrive.” 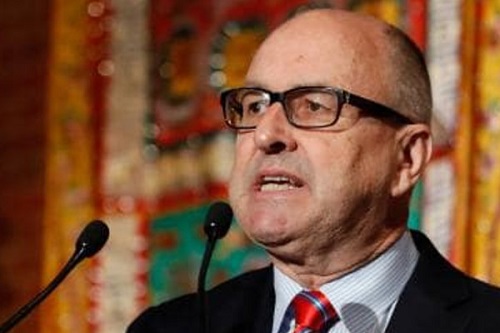 FIM Oceania President Glen Williams is excited at the expansion, adding “FIM Oceania is thrilled to be working with these two truly international events and to be sanctioning the FIM Oceania Supercross Championship.

"FIM Oceania has the important role of helping to create rider development, the best regional competition and FIM Oceania championships within our region of the FIM global framework. In addition, to ensure these FIM Oceania programs and events are of truly international level.”

Auckland Tourism, Events and Economic Development (ATEED) will be supporting the Monster Energy S-X Auckland as part of Auckland’s Major Events Portfolio, which generates social and economic benefits for the region.

The AUS-X Open Sydney is supported by the NSW Government via its tourism and major events agency, Destination NSW.