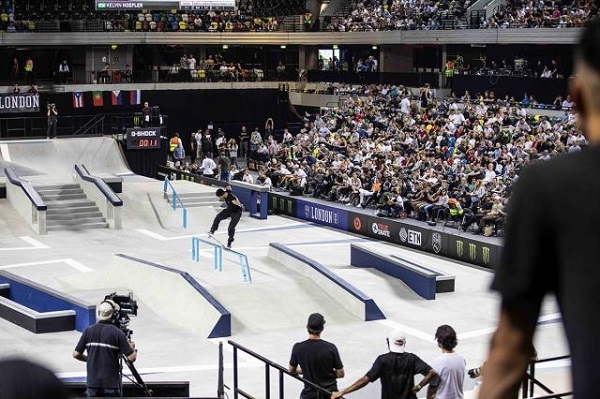 Held recently in Rio De Janeiro, World Skate's first institutional and technical global meeting for all skateboarding stakeholders heading into the 2020 Olympics "was an important and fruitful meeting for all attendees with informational presentations and conversations from World Skate staff, National Federations, and the skateboarders themselves."

Aracu welcomed attendees, noting "this is a historical moment for all those who really care about skateboarders and skateboarding: here we have the most important stakeholders - skateboarders, judges, team managers, NGBs, industry representatives - and they are sitting all together for a constructive debate about key points such as gender equality, judging and athletes' safety. All the people attending the Summit will have the chance to make their voices heard for the very first time." 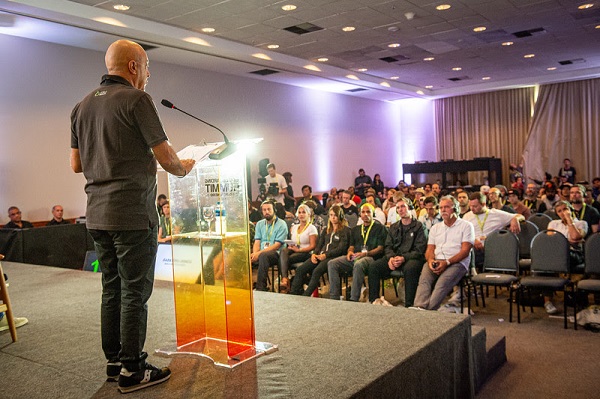 Newly elected rider reps were introduced. In attendance were Amelia Brodka, Ben Hatchell and Manny Santiago, all channeling valuable rider opinion and insight throughout the meeting.

Natalia Sanchez delivered a well received presentation on gender equality in skateboarding, touching on equal prize money, equal scoring and mixed panel judging while also highlighting that at the World Beach Games in Doha there were more women on the judging panel than men for the first time.

Leading into the summit, several days were spent meeting to work on the International Skateboarding Judging Commission (ISJC) report.

Subcommissions on vert skating, downhill and slalom were given by Renton Miller and Luca Basilico.

Rachael Spry from the International Olympic Committee and Simone Masserini gave helpful insights into Tokyo 2020 and the road to Paris. Rachel’s presentation on the Olympic movement, skateboarding’s involvement in the Olympics and particularly athlete support were well received.

One of the hot topics of the day was use of helmets in competitive skateboarding. Shiran Habekost led the discussion and presented data on head injuries in competition and valuable information on concussions. WIth many voices in the room, ranging from both the younger and older generations of competitive skateboarders, many were on the side of helmets, especially as it related to park skating. Further discussion is warranted and valued and all competitors on this journey are encouraged to contact rider representatives with input.

The qualification system for 2020 was presented by Luca Basilico and included revealing schedule dates and seeding changes.

A discussion on protecting our young athletes from both the possible physical and mental strains of the competitive environment was hosted by Shiran Habekost. While the discussion on this will continue, many valuable points of view were expressed by those in attendance.

Aracu concluded with "I'm so proud of this first edition of the Skateboarding Summit as we had the opportunity to gather all of our  people and have them talking about their dreams, their doubts and their own points of view. It was a place where people who truly love skateboarding felt free to criticize and to propose. I'm fiercely convinced that a Federation must always be open to criticism and the Summit was the proof that we are on the right path."

Image top courtesy of World Skate and above image of Summit. Courtesy of Piero Capannini.