Australian skateboarding looks to unity in advance of 2020 Olympics 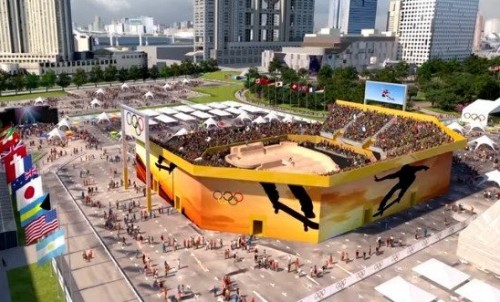 As skateboarding begins preparations for its Olympic debut at the 2020 Tokyo Olympics, Australia’s brightest skateboarding prospects are gathering in Melbourne this week for the historic launch of the ‘Skateboard 2020 Commission’.

In a major boost for the sport’s Olympic progress, the ‘Skateboard 2020 Commission’ will include peak bodies from Australian sport and skateboarding to develop a consolidated high performance plan ahead of the Tokyo Games.

It is chaired by NSW Institute of Sport Chief Executive Kevin Thompson.

“We thank the organisations for putting the athletes first so the top skateboarders have a selection pathway and performance planning to give them the best opportunity to be on a podium in Tokyo in 2020.”

AIS Director Peter Conde said the establishment of the Skateboard 2020 Commission was an exciting step towards the sport’s Olympic debut.

Conde explained “Australia has world-class skateboard talent and genuine Olympic medal prospects, so it’s vital that as sporting bodies we have come together to cooperate and give our athletes the best support and direction we can,” Conde said.

“The establishment of Skateboard 2020 Commission is about creating strength in partnerships and is a clear signal that Australian sport is collaborating to put the interests of our athletes first.”

Skate Australia President Karen Doyle added “this is a landmark decision for skateboarding in Australia and sets a global precedent for collaboration and skater support.”

Former Vert World Cup Champion and ASF representative, Renton Millar also stated "the consultation with the industry, the expertise within the Commission and the talent of Australian skaters creates the perfect platform for Olympic success.”

Skateboard 2020 Commission Chair Thompson concluded “the inclusion of skateboarding in the Olympic Games is a fantastic opportunity for the sport. This commission will bring together the enviable Olympic experience and expertise we have in Australia to provide the best environment for our talented athletes to win medals.”

The launch in Melbourne has brought together, for the first time, 12 of the country’s top hopefuls together with leading industry experts, many of whom are based overseas.

The Skateboard 2020 Commission will manage funding, provided by the ASC and AOC.

Skateboarding will have two disciplines at the Tokyo Olympics, Street and Park.