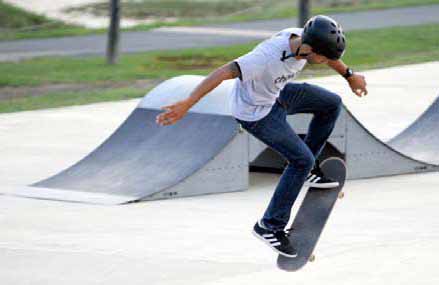 Skateboarders are protesting against the potential inclusion of skateboarding in the program of the 2020 Tokyo Olympic Games with those who want to keep their sport ‘pure’ launching a global petition to oppose the plan.

While a number of high profile skaters – such as Tony Hawk and Shaun White – have campaigned for inclusion in the Olympic Games program, it seems that many grassroots skateboarders oppose the commercialisation of skateboarding and the drive to establish it as an organised, competitive sport.

The petition, which currently has close to 6,000 signatures, calls for the International Olympic Committee to halt its consideration to include skateboarding at the Tokyo Games in 2020.

Currently, skateboarding is one of five sports being considered for inclusion in the Olympic program.

A statement from the group behind the petition says: “Skateboarding is not a sport and we do not want skateboarding exploited and transformed to fit into the Olympic program.

“With due respect for Olympic athletes, we the undersigned skateboarders and advocates strongly request that the IOC not recognise skateboarding as an Olympic sport, or use skateboarding to market the Olympics.

“Further, we ask that the IOC not recognize any individuals or groups claiming to be the IOC recognized governing body of skateboarding or provide funding to them.

“We feel that Olympic involvement will change the face of skateboarding and its individuality and freedoms forever. We feel it would not in any way support skateboarders or skateparks. We do not wish to be part of it and will not support the Olympics if skateboarding is added as an Olympic sport.”

Skateboarders and other from around the world have signed the petition.

Name not displayed, Western Australia
“Skateboarding has nothing to do with Olympics and can't be graded theres no No. 1 skater or records or anything. Skateboarding shouldn’t even be classed as a sport.”

Guillaume Langlois, Thailand
“Athletes on wheels are not skateboarders. Skateboarding has a spirit that other ‘sports’ will never have. You're trying to put a bird in a cage.”

Some signatories do not want to see skateboarding in the Olympics for other reasons.

Harry Wagstaff from Alaska, USA
“I do not want hippies jumping on bits of wheeled cardboard in the Olympics - it's a ridiculous notion.”