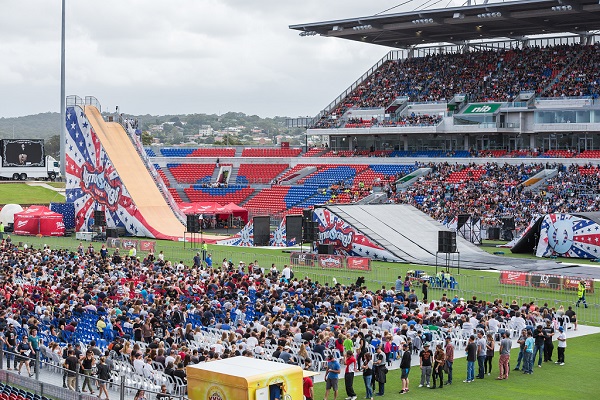 In a Panel Session on sport destination cities branding in the CityAccord event stream, MI Associates Principal James Paterson said that international federations “should be far more focused on how to help the city to tell the story”, adding “you need to have something that showcases what that destination is all about and rights-holders should be far more proactive. It’s really about rights-holders and cities building a relationship together.”

The Scene Setter presentation was provided by Nitro Circus President Andy Edwards, who explained how city branding has evolved into activations such as “spectacular stunts on iconic cities or landscapes, bespoke original content and in-market athlete visits”.

EventScotland Director of Events Paul Bush advised that that rights-holders should treat host cities as true commercial partners and acknowledge that “money is not there on a plate”.

Hamish Anderson, Head of Major Event Acquisition and Strategy at Visit Victoria, said it is always important to “tell a story about who you are as a city”.