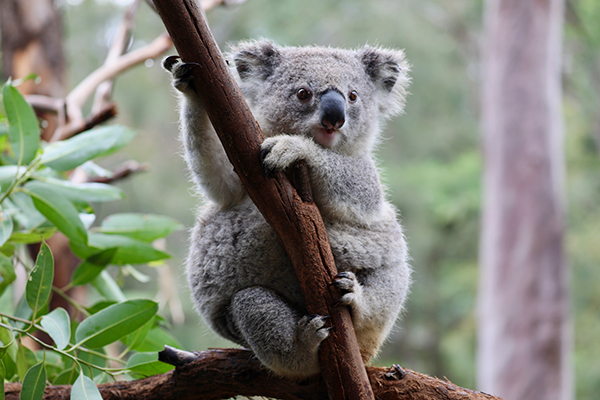 Aussie Ark has announced the first wild birth of a Koala Joey within their Barrington wild sanctuaries - 12 months after watching the impact of the devastating bushfires that roared through parts of New South Wales. The joey brings new hope for the species and to Aussie Ark after the 2019 - 2020 fires.

Aussie Ark is excited to see this first wild born Koala joey in the sanctuary, living a healthy and protected life. It is a representation of the hard work put in by Aussie Ark, ensuring koalas are protected from the threats that have affected their wild numbers and populations.

Manager of Life Sciences, Hayley Shute notes “as I walked through the sanctuary looking at the thriving habitat, I could not believe my eyes. Koalas are so difficult to spot due to their colouration and camouflage against the tall, grey trees. There was however a koala that was moving down the tree and so easier to see. Not only was the vision incredible but she had a small joey on her back.”

Aussie Ark provides established habitats with food trees, the exclusion of feral predators such as dogs, cats and foxes and protected areas away from cars and roads to significantly improve koala numbers and help build a robust, Barrington population of koalas. Aussie Ark has secured 5,750 hectares of bushland in the Barrington Tops of New South Wales, in time this will provide protection to around 1,500 koalas. 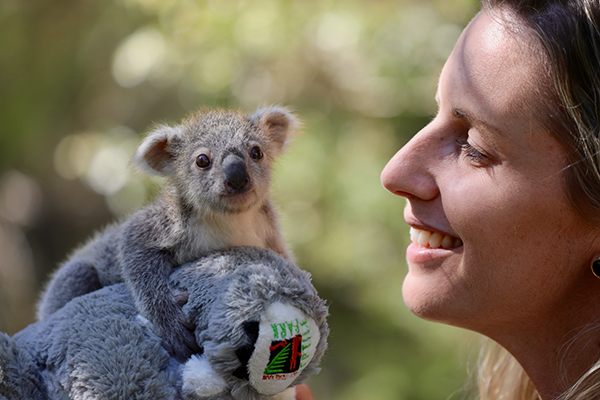 Shute added “the birth of the joey reflects the need for protection against threats of habitat destruction, feral predators, fire and consequently increased disease. What this sighting signifies is that when habitat and ecosystems are protected, koalas can repopulate and live a healthy, long life.”

The past fire season killed a suspected one billion animals. Koalas were severely affected by these fires, however, not only are Koalas threatened with habitat destruction and fragmentation, but their survival is also compounded by car-strike, feral predators and disease. To protect and further grow the population of Koalas, Koala Ark was introduced. This project is delivering a safe haven preventing the extinction of koalas with protection of critical remnant koala habitat, protection from intense bushfire, weed management, removal of introduced species and long-term monitoring of the sanctuary. During the bushfires, Koalas died horrifically days and weeks later from burns, starvation and dehydration.

As a not for profit organisation, Aussie Ark raises the necessary funds to continue its ambitious vision. Investment allows for the construction of captive facilities and predator-proof fencing on semi-wild parcels of land. Aussie Ark has deductible gift recipient status (DGR status) and is registered for GST purposes. More information at www.aussieark.org.au