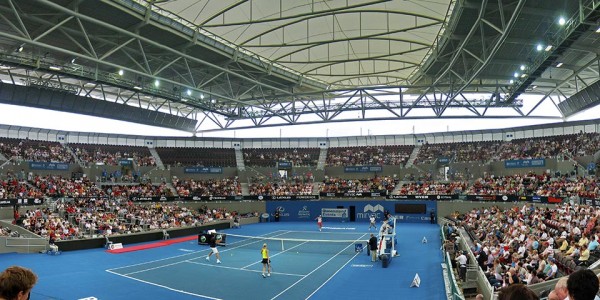 Plans for a new international team tennis tournament have been approved by the Association of Tennis Professionals (ATP) with the inaugural event to be held in Australia from January 2020.

The governing body of men's tennis is to partner with Tennis Australia to host the World Team Cup which will feature 24 teams battling it out for for $15 million in prize money and ranking points.

“Upon finalising the agreement with the ATP we look forward to unveiling a stunning new global event in Australia to launch the season.

“The world’s top players will continue to start their year in Australia in a format that we believe will deeply engage the fans across Australia and throughout the world.

“It will be a great result to be able to stage the ATP World Team Cup within the current calendar while significantly improving player prize money.”

ATP Executive Chairman and President Chris Kermode also advised "we're delighted to have reached this outcome, which will change the landscape of the ATP World Tour."

"This event will enable us to kick off our season with a major team event, with minimal impact on existing player schedules at the start of the year. We believe this outcome will deliver long-term sustainability, not only financially but also from a player health perspective, which is critical."

"The event has huge potential, and we now look forward to working together with Tennis Australia in bringing our vision to fruition."

However, there are fears that the new international team tennis tournament could compromise a revamped version of the Davis Cup.

The International Tennis Federation (ITF) - which is in charge of the Davis Cup - had previously set out plans for a similar 18-nation event styled the World Cup of Tennis.

It would take place at the end of the season in November - mere weeks ahead of the ATP's proposed tournament - and would replace the current Davis Cup structure.

The fear of having two major team competitions weeks apart had resulted in discussions between the ATP and ITF with Kermode describing the possibility of holding both as "insane".

The ITF released a statement on yesterday expressing disappointment that the ATP was going ahead with its own 24-nation event and had “missed an opportunity” to work together for the benefit of the whole of tennis.

Swiss ace Roger Federer has also urged the ATP and the ITF to work together and avoid "internal battles" if its growth is to keep pace with other sports, Roger Federer says in response to news that the ATP was to launch a revamped World Team Cup.

Speaking at Wimbledon, Federer said tennis could not afford political infighting, advising "what tennis needs to do and look at is probably something that works also against other sports, not just the internal battles that we always face with politics on the inside of our sport.”

A final decision on the proposals to transform the Davis Cup will be made at the ITF's Annual General Meeting in August.

Tennis Australia has yet to announce which cities and venues will host the World Team Cup.