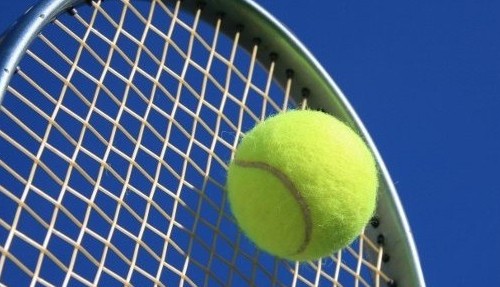 Eight players under suspicion from past or current investigations into match-fixing in tennis are in the main draw of the 2016 Australian Open, according to allegations made by a joint BBC/Buzzfeed investigation.

In a program to be broadcast on Monday evening (UK time), the joint investigative team report that over the last decade, 16 players who have ranked in the top 50 have been repeatedly flagged to the Association of Tennis Professionals' Tennis Integrity Unit (TIU) over suspicions they have thrown matches.

The team report "all of the players, including winners of Grand Slam titles, were allowed to continue competing."

A statement issued late on Sunday (18th January) said unnamed sources have passed the BBC and Buzzfeed a “cache of documents” dating back to 2007 that expose “widespread suspected match-fixing at the top level of world tennis, including at Wimbledon”.

The BBC added: “Eight of the players repeatedly flagged to the TIU over the past decade are due to play in the Australian Open.”

The BBC/Buzzfeed report says a strong body of evidence was behind a referral of the unmaed male players, with gambling syndicates in Russia and Italy reportly behind the allegations.

Documents reported on relate to a confidential report for tennis authorities from 2008 which suggested 28 players had been involved in matches that should be investigated. It is believed that these findings were never followed up.

Tennis introduced a new anti-corruption code in 2009 but after taking legal advice were told previous corruption offences could not be pursued.

A TIU spokesman told the BBC/Buzzfeed "as a result, no new investigations into any of the players who were mentioned in the 2008 report were opened."

In subsequent years, there were repeated alerts sent to the TIU about a third of these players. None of them was disciplined by the TIU.

A group of whistle blowers inside tennis, who want to remain anonymous, recently passed the documents on to the BBC and Buzzfeed News.

Responding to the report, Association of Tennis Professionals (ATP) Executive Chairman and TIU Board member Chris Kermode, strongly denied that the TIU, which was set up as an independent body, was deliberately seeking to hide any suspected improprieties, saying he believed the threat of match-fixing in the sport remained at an “incredibly small level”.

Kermode told the BBC "it is simply not true that we are sitting on evidence.

“What happens is that information and intelligence are given to the Tennis Integrity Unit and they then have to turn that into evidence.

“There is a big difference here between information and intelligence as to evidence. Every single bit of information that the Tennis Integrity Unit receives is investigated properly.

“We take this so seriously. (The TIU’s) job is to eradicate any of this going on. We are aware that it is there. I think that it is on an incredibly small level, and it is our business going forward that we keep acting upon this in the best possible way.”

The issue returned to focus in November, when the International Tennis Federation, which runs the Davis Cup and the Federation Cup, announced a three-year sponsorship deal with Betway, one of the world’s largest online betting companies.

“All elements of the new partnership are fully compliant with the rules and interpretations of the tennis anti-corruption programme,” an ITF statement said the time.

This year for the first time the Australian Open has a gambling sponsor, William Hill, whose advertisements will appear in its three main arenas.