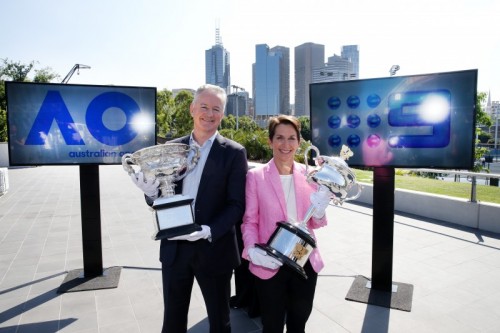 The Australian Open will be broadcast by Channel 9 from 2020 after the agreement of a landmark $300 million rights deal between Tennis Australia and the network.

The five-year deal, which will see the entire summer of Australian tennis relocate from Channel 7 to the Nine Network, was announced today at Melbourne Park today by Tennis Australia President Jayne Hrdlicka and Nine Network Chief Executive Hugh Marks.

In a statement, Nine advised “the new tennis rights agreement, worth $60 million per annum, will give Nine an unparalleled launch platform for the television ratings year, which commences straight after the Australian Open.

“This year’s men’s final secured a national average audience of 2.369 million and is currently ranked as the number one sports program and the third most watched program on Australian television so far in 2018.”

The deal, which will run from 2020 to 2024 is the biggest in the history of Tennis Australia. It is more than double with Channel 7 which, including exclusive digital rights, is worth $35 million a year. 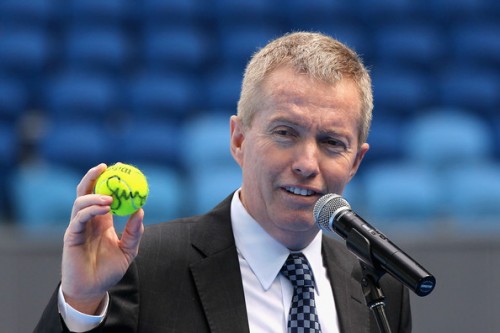 Announcing the deal, Hrdlicka advised “we look forward to working with the Nine Network team to grow our audience, meet changing viewer habits and bring the full AO experience to life.

“This partnership represents a strong strategic alignment between our organisations.”

Tennis Australia Chief Executive Craig Tiley expanded, stating “this is a landmark deal for Tennis Australia and we are very excited to partner with the Nine Network for the next five years.

"Four years ago we brought the host broadcast for the Australian Open and all our other events in-house and this success has allowed us to unlock even more value in our domestic media rights.

"Our objective going into this process was a growth plan for exposure across the key planks of both tennis and non-tennis content, and the Nine offer best met these requirements. Nine's commitment to additional tennis programming year-round was also aligned to our strategy.

"There are components within this new agreement which we believe will help us further grow our events and the sport of tennis." 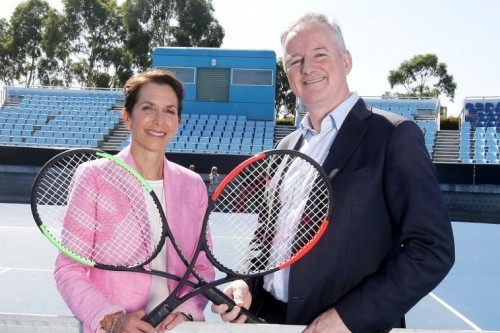 A thorough process was undertaken leading to the signing of the agreement with the Nine Network. After the expiration of the four-month exclusive negotiation period with the incumbent Seven Network, Tennis Australia started negotiations with other broadcasters.

Nine’s acquisition of the Australian Open means it will have committed a sizeable amount of its sports budget and summer schedule that would otherwise have been expected to be sent on the broadcast rights for Australian cricket.

Nine, Seven and Channel 10 have been chasing the rights for the entire package of Australian cricket, made up of test matches, one-day internationals, international Twenty20’s and the Big Bash League.

The Australian reported earlier this week Cricket Australia is hoping to secure a broadcast deal worth up to $200 million per year - giving the game a $1 billion broadcast deal from 2019-2023.

However, in the wake of the ball tampering scandal in South Africa, broadcasters may be less inclined to pay what Cricket Australia has been expecting while traditional Test cricket broadcaster Nine may have less room in its schedules.

The 2019 Open at Melbourne Park will be the end of Channel 7’s 40-year broadcast of the event.