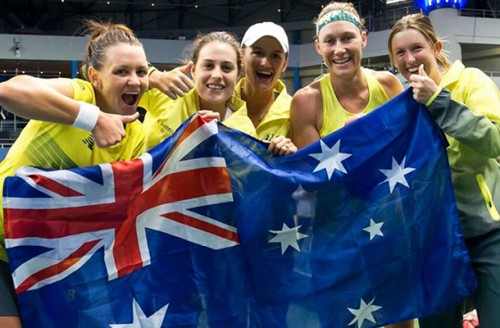 World class tennis will return to Brisbane next month with rival Fed Cup by BNP Paribas nations Australia and the United States set to battle it on clay at the Queensland Tennis Centre.

In a coup for Queensland, two of the most successful Fed Cup nations of all time will go head to head on a purpose-built clay court at Pat Rafter Arena for the right to return to the elite World Group.

Molik explained “it’s a fantastic advantage to play a Fed Cup tie on home soil and we hope to see a very loud and patriotic crowd at Pat Rafter Arena next month.

“This is an important tie for both teams to return to the World Group and we expect a very fierce battle out on court. The USA is a tennis powerhouse and one of our longest-standing rivals so we know it will be tough, but we’re excited for the challenge and looking forward to a great tie.”

Pearson added “Queensland has really made a name for itself on the world tennis stage with a reputation for world class events, big name players and passionate crowds. 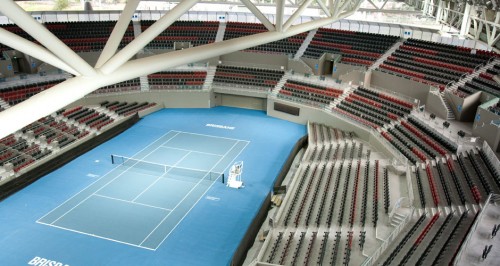 “We’re excited to host next month’s Fed Cup tie and provide tennis fans with another opportunity to see their favourite players in action.

“Tickets to the event are outstanding value, with adult entry just $25 and children $5 for a full session of play. We hope to see a great crowd in the stands to support the Aussie team and I’m sure our family-friendly ticket prices will encourage fans to come along.”

In 13 previous Fed Cup meetings the USA has posted victory on eight occasions, including the teams’ most recent encounter in 1985. The USA is the most successful nation in Fed Cup history with 17 title wins; Australia sits third on the all-time list with seven titles, the most recent in 1974.

Tickets to the Fed Cup tie are now on sale at www.ticketek.com.au/fedcup

Images: Australia's Fed Cup team celebrates its 3-2 victory over Slovakia in Bratislave to advance to the World Group Play-offs (top - courtesy: Tennis Australia/Roman Benicky) and the Pat Rafter Arena at the Queensland Tennis Centre (below).