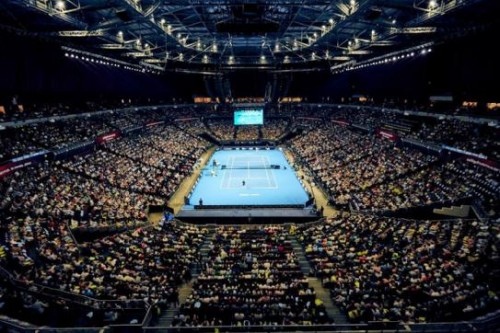 A crowd of 11,000 turned out at Allphones Arena last night (11th January) for Sydney’s second instalment of FAST4 Tennis.

A year on from the global launch of the new fast format of tennis, the crowd watched Australia take on the ‘world’ – featuring tennis stars and past greats including Rafael Nadal, Gael Monfils and Mats Wilander playing Lleyton Hewitt, on court for the last time in Sydney before retiring, Nick Kyrgios and Pat Cash.

FAST4 Tennis is an innovative new game format developed by Tennis Australia, designed for the time poor tennis player, the four principle rules of FAST4 Tennis include no advantage scoring, play lets, a tiebreaker at three games all and first to four games wins.

Looking to echo the success of Twenty20 cricket, Tennis Australia is seeking want to expand the concept into a week-long tournament and are reportedly already in discussions with Channel Seven and Nine to make it a reality as early as 2017.

Tennis NSW are strongly behind the push to lure the best players in the world to Sydney, with nations competing in a tournament similar to the Hopman Cup in Perth at the start of every year.

Having been a sell-out event for a second straight year, Tennis NSW Chief Executive Alistair MacDonald stated “Sydney has established itself as the home of FAST4 Tennis and the fact that the event has sold out for two years in a row is evidence of the strong demand for this entertaining new format.”