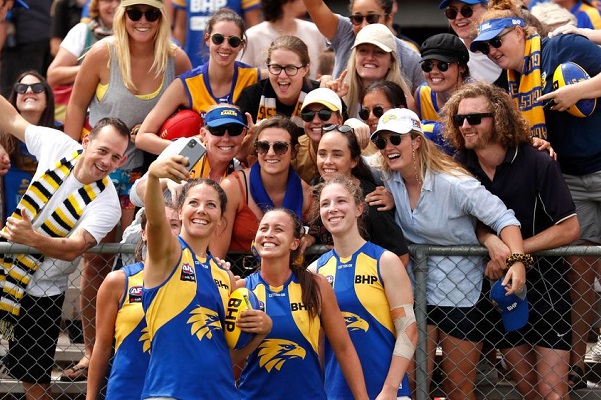 THE AFL has revealed that its AFL Women's competition has broken its club membership record, reaching 21,319 members.

The new figure surpasses last year’s high and marks the fifth straight year an AFLW club membership milestone has been achieved since the competition was established in 2017.

Fans have also shown their support for AFLW at home, with a total average audience of over 1.7 million Australians tuning into the broadcasts for rounds one and two of the competition - an increase of 9% compared to the same time in 2020.

The opening Pride Round match between the Western Bulldogs and Carlton last Friday night recorded an average audience of 265,000 viewers (a 12% increase compared to round two in 2020), marking the largest ever Friday night audience recorded outside season openers.

Welcoming the growing interest in the competition, AFL Head of Women's Football, Nicole Livingstone stated "I want to acknowledge the passion and dedication of everyone in the football community in supporting the 2021 NAB AFL Women's Competition

"It's fantastic to see football fans from across the country show their support for the NAB AFLW competition and get behind their teams, whether that be through club membership, attendance at games or tuning in at home, thanks to the continued support of our broadcast partners, Seven, Fox and Telstra.

"The fifth season of AFLW has already experienced a strong start, with high ratings, high scores, sold-out matches and now record AFLW club membership numbers, so we're excited to see this energy for female football continue to grow throughout the rest of the 2021 season."