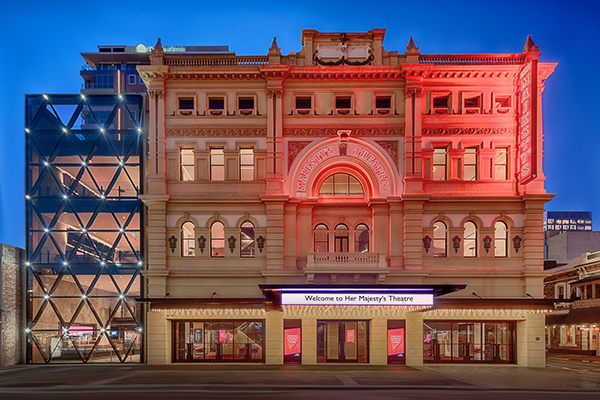 Adelaide’s $66 million redeveloped Her Majesty’s Theatre has been unveiled today - following its transformation into a larger and more accessible venue with state-of-the art facilities ready to attract some of Australia’s most popular touring shows and musicals.

Having two large-scale theatres aims to help Adelaide Festival Centre accommodate valued local home companies while also attracting some of the blockbuster shows coming to Australia. This will hopefully see South Australians no longer needing to travel interstate to attend some of the biggest and best shows.

While the building’s heritage façade and eastern wall have been preserved, the theatre now features a 1467-seat auditorium over three levels, with the Grand Circle returning for the first time in more than 50 years.

Work on the redevelopment commenced in June 2018 with this morning’s Welcome to Country and smoking ceremony led by Uncle Mickey Kumatpi Marrutya O'Brien, a Senior Kaurna and Narrunga man, marking the official completion of the venue.

The Adelaide landmark was built in 1913 and is the last remaining example of the famous chain of Tivoli theatres, although redevelopments in the 1960s and 1970s removed many of its unique architectural features and more than halved its capacity to around 900 seats. 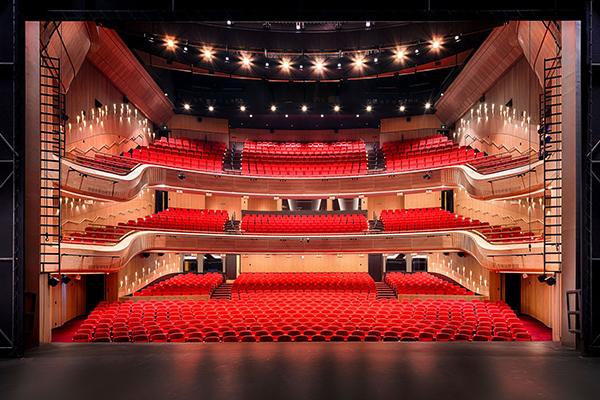 The increased capacity, combined with more spacious backstage facilities, will allow Her Majesty’s Theatre to host at least 50 extra performances a year and attract some of Australia’s most popular touring shows and musicals.

The stunning new design, featuring two sweeping staircases in the expanded main foyer re-introduces some original Edwardian elements, including a pressed metal ceiling and elegant architraves and moldings. Other outstanding features include custom-built curved timber balcony fronts in the auditorium, stylish foyer bars on all three levels, a larger backstage rehearsal room and a dramatic glass façade to the new west wing.

In a nod to the theatre’s rich performing arts history, backstage features the return of the famous ‘signature wall’ which had to be deconstructed and reconstructed brick by brick. The wall is covered with signatures from visiting stars including Julie Anthony, Rowan Atkinson, Lauren Bacall and Barry Humphries and is ready for a new generation of artists to sign.

On the floors of each foyer level, brass tiles are engraved with the names of some of the notable stars who have graced the stage over the past 100 years.

Accessibility improvements include wheelchair access to all levels and backstage areas and improved seating on all levels.

Adelaide Festival Centre Chief Executive and Artistic Director, Douglas Gautier also announced the first opportunity for the public to enjoy a theatre performance since COVID restrictions began, with a limited number of tickets available for Slingsby Theatre’s family production The Tragical Life of Cheeseboy at Her Majesty’s Theatre from 23rd June.

Audience numbers will be capped at 20 people per show, with free tickets available via a lotto draw – patrons can enter the competition here.

South Australian Premier Steven Marshall said it’s fantastic to see the redevelopment complete and enthused “this redevelopment will attract world-class productions and provide a massive boost for our arts sector. Her Majesty’s has served the city well for more than a century, and it will continue to be a cornerstone of our creative industries for many years to come.” 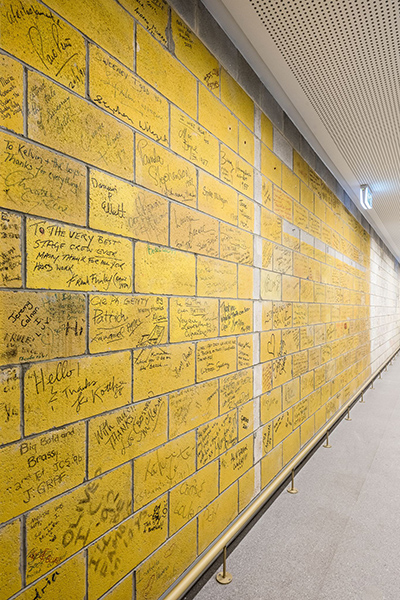 Gautier added “We cannot wait to welcome audiences into this stunning venue to enjoy this mulitple award-winning family show while supporting local arts workers through this challenging time.

“The children who sit on the stage here to enjoy this performance will witness the beginning of a great future and will always be part of the history of The Maj.

“Adelaide Festival Centre is continuing to work with SA Health to make sure this performance will fit within current safety guidelines and we can safely increase audience numbers as restrictions are eased.

“South Australia’s arts and entertainment scene is entering a new era with the redeveloped Her Majesty’s Theatre, which has been the pride of Adelaide for more than 100 years.”

Slingsby Theatre Company Artistic Director Andy Packer also enthused "we are thrilled to be the first theatre production in the refurbished and spectacular Her Majesty's Theatre; particularly with a show that reflects the times of the theatre's original opening in 1913.

“As cultural institutions re-open, it is significant that the first audiences in the historic Her Majesty's will be children and families - an intergenerational community that are our audiences of now and the future.”

Adelaide Festival Centre Trust Chair, Michael Abbott highlights “this once in a generation project will provide a venue that is truly unique in the way it combines heritage architecture with modern facilities to reach new standards of comfort and accessibility for theatregoers.

“This project should be celebrated by all South Australians and provides an opportunity for the community to reconnect again when Her Majesty’s Theatre reopens.”

The Adelaide Festival Centre Foundation has been instrumental in raising money to complete the project and to purchase the $2million property next-door to the theatre – 62 Grote St.  To date, the foundation has raised more than $4.3million of their $5million target with the final campaign inviting people to purchase a theatre seat plaque dedicated to themselves or a loved one through Her Majesty’s Theatre Buy A Seat Campaign.

Adelaide Festival Centre Foundation Chair Legh Davis advises “we are extremely grateful to each and every donor who has been key in helping this development progress and in turn is supporting the future of arts in South Australia.

“Arts organisations rely heavily on the generosity and philanthropy of donors, especially during this challenging time.” 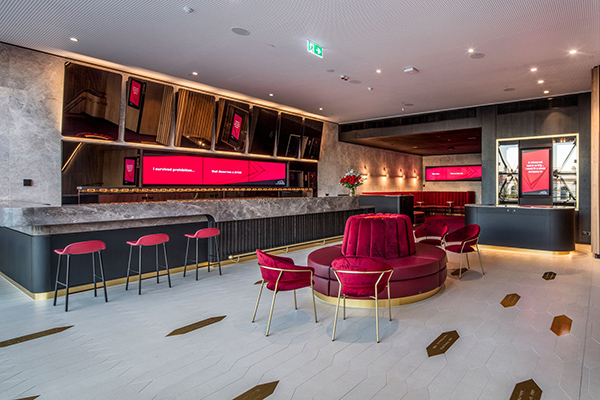 While the theatre was scheduled to officially reopen to the public in June with Six The Musical – restrictions relating to COVID-19 and the postponement of Six The Musical mean the theatre will have its grand reopening at a later date, when it is safe and practical to do so.

All images of images of Adelaide's Her Majesty’s Theatre Credit: Chris Oaten.