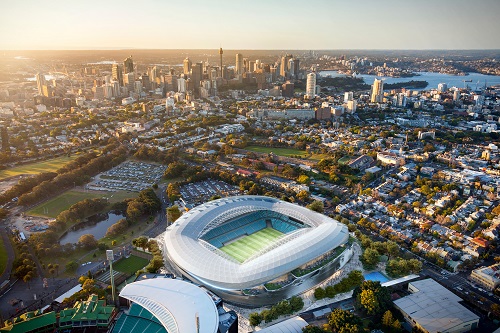 The NSW Government has revealed the design for the future Sydney Football Stadium which it says will "set the standard for rectangular stadiums in Australia".

“Sydney Football Stadium is a stadium for fans that will offer an experience like no other.

“From technology and design to amazing views it’s nothing short of world class.”

Cox Architecture delivered the stand out design to beat two other firms in the design competition for the controversial venue, which is currently budgeted to cost $2.3 billion, along with the redevelopment of ANZ Stadium. 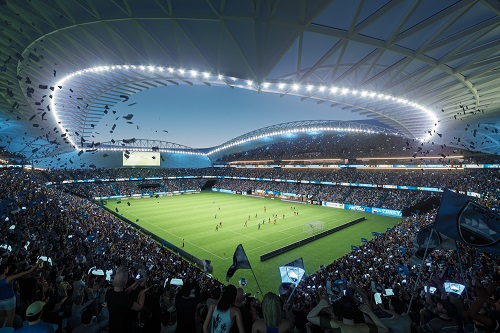 Minister Ayres added “the state-of-the-art roof is one of the most impressive features of this new stadium designed to reflect noise back into the stadium and the whole underside can be lit up in the home team’s colours, creating a colosseum of light and sound.

“Just like Western Sydney Stadium, we’ve used the natural environment as inspiration in the design, with a striking bronze façade in place that reflects Sydney’s unique sandstone geology, and a lightweight cloud-like roof structure.”

“NSW is leading the country in every way: infrastructure, low unemployment and a bright future, and now we send a clear message to other states: we won’t be beaten as the home of sport and entertainment."

“The experience the new Sydney Football Stadium will offer will be of the quality, safety and experience Sydney has been crying out for decades.” 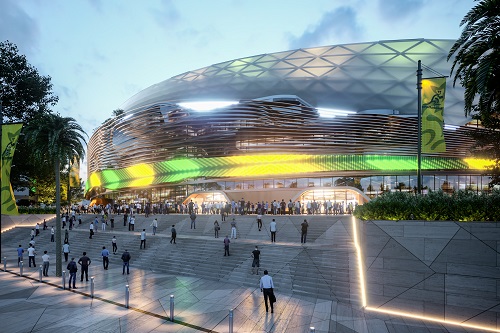 Cox Architecture Principal Alistair Richardson said he expected that the venue’s design would be used for another 30 to 40 years, commenting “what we try do with these new stadiums, is we try and make sure that they're as flexible as possible.”

The design also appears to show a swimming pool for members of the Stadium Health Club.

Demolition works on the existing Allianz Stadium are due to start in January with the new venue to be completed by 2022.

Article amended 19th May 2020 to remove references to Cox Architects. Cox Architecture is the winning designer of the new Sydney Football Stadium.

While it should have been checked, Australasian Leisure Management's error was based on information provided by the office of then NSW Minister for Sport Stuart Ayres.