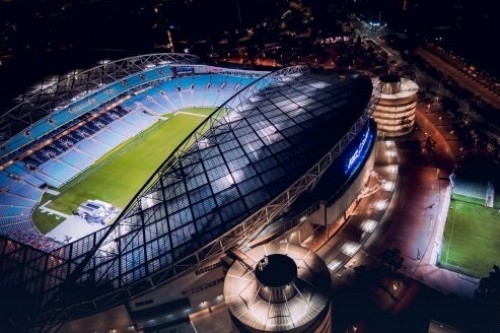 The chairperson of the NSW Government agency charged with managing many of the State’s major venues last year issued a warning over the costs and viability of the redevelopment of Sydney’s ANZ and Allianz Stadiums.

As revealed this week by the Sydney Morning Herald, Christine McLoughlin, Chair of Venues NSW, warned that the stadium redevelopment plan would “haunt” the NSW Government until the next election, the head of the government’s own stadium body wrote to colleagues.

McLoughlin’s email, sent to the Chief Executive of Venues NSW, Paul Doorn, as well as media consultants, emerged in a bundle of documents recently tabled in NSW Parliament following an upper house call for papers.

In the email, in which McLoughlin forwarded on an article critical of the spending, she wrote “focussing on Allianz Stadium, what’s the business case and will crowds fill it?

“The $2.3 billion allocated by the NSW Government to rebuild two stadiums will haunt them until the next election,” she wrote in the Sunday, December 10, email.

The documents highlight the anxiety that gripped Venues NSW executives during a period last year in which the NSW Government’s stadium policy was being amended.

Venues NSW manages government-owned stadiums other than those managed by the Sydney Cricket and Sports Ground Trust.

Former NSW Premier Mike Baird resolved in 2016 that the government would refurbish ANZ Stadium at Olympic Park to turn it into a rectangular venue, while any remaining funds from a $1.6 billion pool would be spent upgrading Allianz Stadium at Moore Park. 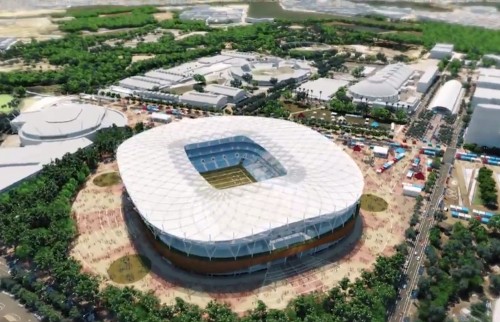 However, after massive lobbying by the influential SCG Trust, NSW  Premier Gladys Berejiklian decided that a new 40,000-45,000 seat stadium to replace Allianz at Moore Park would first be built at a cost of more than $700 million, followed by a $1.2 billion replacement stadium for ANZ.

The NSW Government has since said it will not build a new stadium to replace ANZ , but refurbish it for $810 million.

In September last year, McLoughlin, whose organisation is responsible for ANZ Stadium, wrote to NSW Sport Minister Stuart Ayres to reinforce her board’s “preferred position – the immediate and full redevelopment of ANZ Stadium”.

NSW Opposition leader Luke Foley, a critic of the stadium spending package, said McLoughlin’s email hit the “nail on the head – the crowds will not fill the new palace at Moore Park”.

The documents tabled in NSW Parliament also reflect the deterioration of the relationship and lack of trust between the different entities that manage stadiums in Sydney.

One example saw Arthur Stanley, Media and Communications Manager of VenuesLive, the company that operates ANZ Stadium, writing to McLoughlin and Doorn following reports in September that a plan for a new stadium at Moore Park was being revived.

Stanley wrote “unless the real plan is to cannibalise content at ANZ Stadium, there could literally be seats never sat on in a new 50,000-seat stadium at Moore Park.”

Images: ANZ Stadium (top) and the 2017 plan for its redevelopment (below).