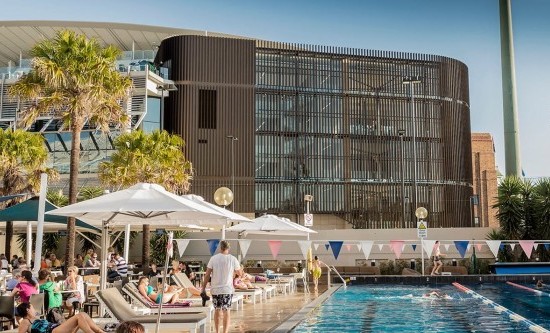 The growing links between the Sydney Cricket and Sportsground Trust and the University of Technology Sydney (UTS) has seen the leading university take on the naming rights for the former Allianz Stadium Fitness Club.

One of the most popular aquatic, fitness, lifestyle and wellness clubs in the competitive Sydney Eastern Suburbs market, the UTS Stadium Club attracts in excess of 30,000 visits per month.

A note for potential members on the Club’s website currently advises “the availability of these services to Gold and Platinum members will be affected by the impending Allianz stadium rebuild.”

The notice takes account of the planned upcoming redevelopment of the Allianz Stadium, which Australasian Leisure Management understands will include the demolition of the UTS Stadium Club.

While full plans are yet to be announced, to prevent loss of members to other local facilities, the UTS Stadium Club is currently searching for a temporary location to which it can relocate during the rebuilding of the venue.

It is understood that the new venue will include a new health club, to which members can then relocate again.