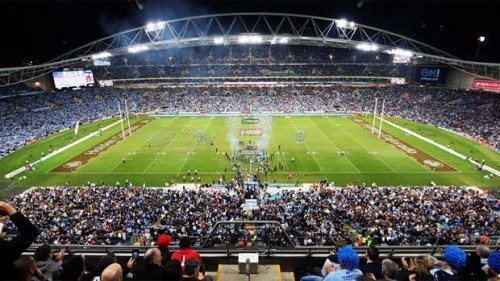 The NSW Government has unveiled a plan to secure 10 major sporting events over the next decade in an effort to drive at least $1 billion into the local economy.

Revealed by NSW Premier Gladys Berejiklian, the plan commences begins with the proposed international nines rugby league tournament, which would be held at the end of the 2019 season. Cricket’s World Twenty20 tournament for men and women, which has already been assigned to Australia for 2020, has been included, while the NSW Government is also targeting the Association of Tennis Professionals’ (ATP) World Team Cup, which is set to return to the men’s calendar in Australia in 2020.

Premier Berejiklian also advised that NSW also aims to be a key part of plans by Football Federation Australia and the Federal Government’s effort to host FIFA’s Women’s World Cup in 2023, along with the Rugby League World Cup in 2029.

Commenting on the plan, Premier Berejiklian advised “we want to attract the world’s best and biggest events right here in NSW.

“The benefits are not just for sports fans being able to see the best in the world, but for jobs and the economy as well – the 10 major events would inject at least $1 billion into the economy in visitor spend alone.”

The NSW Government is now looking to appoint an advisory committee to secure the events, led by Rod McGeoch – credited with having secured the 2000 Sydney Olympics – who will be supported by Destination NSW and the Office of Sport in bidding for major events.

The NSW Government’s commitment to refurbish Sydney’s ANZ Stadium, announced in March as part of a revamp of a major stadium redevelopment plan, aims to see the NRL Grand Final secured at the venue for the next 25 years.

Before that, Sydney’s 30-year old Allianz Stadium will be demolished and replaced with a new 45,000 capacity venue at a cost of $729 million.

However, that cost looks set to rise with the Sydney Cricket and Sports Ground Trust today revealing that it is calling on the NSW Government to extend its proposed Metro West rail line to include a stop at Moore Park, in addition to the planned dedicated stop on the 12-kilometre light rail route from Sydney’s Circular Quay to the Eastern Suburbs.

Commenting today on these ever changing facility plans, NSW Minister for Sport Stuart Ayres stated “investing in renewing our sporting infrastructure puts us in a position to attract a wide range of events to satisfy all sport enthusiasts.

“This is about putting the best sports and the best events in the best facilities and keeping Sydney the number one choice in Australia for sports fans.”