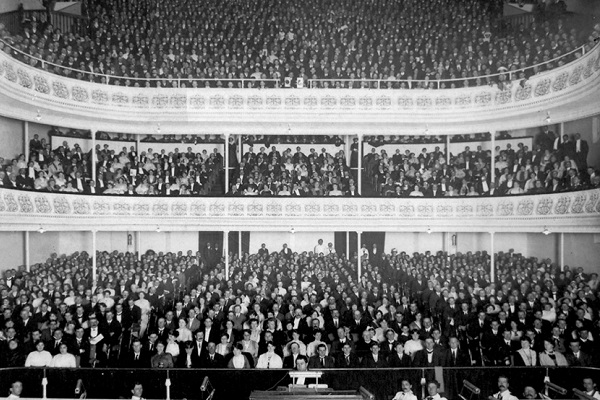 One of Australia’s oldest continually running theatres, Adelaide's Her Majesty’s Theatre is halfway through a complete redevelopment, ready for the next chapter in its history.

Opened as the Tivoli in 1913, as part of the famous chain of Tivoli theatres across Australia which enabled a thriving touring network for both local and international artists, the venue sat 2170 patrons and was regarded as the finest in the country.

Today it is the last surviving Tivoli theatre in the country and an important part of Australia’s theatrical history.

Currently halfway through a complete redevelopment, the venue will reopen next year as a bigger, better, accessible theatre, within two walls of the original façade.

Reinvigorated and redesigned as a bigger capacity contemporary theatre space, the redevelopment celebrates both the built heritage and the cultural heritage of Her Majesty’s, with every step of the design and construction process has included consideration of both.

Adelaide Festival Centre Chief Executive and Artistic Director, Douglas Gautier explains “Her Majesty’s Theatre is loved around Australia and continues to play a significant role in our national theatre history.

“Architectural artefacts uncovered during the recent works have been used by the team at Cox Architecture to inform their designs, honouring the Edwardian exuberance of the theatre’s origins. “When it reopens next year with brand new facilities, spacious backstage areas and capacity to stage large touring shows, Her Majesty’s Theatre will be accessible to all and a hub for great arts and entertainment.” 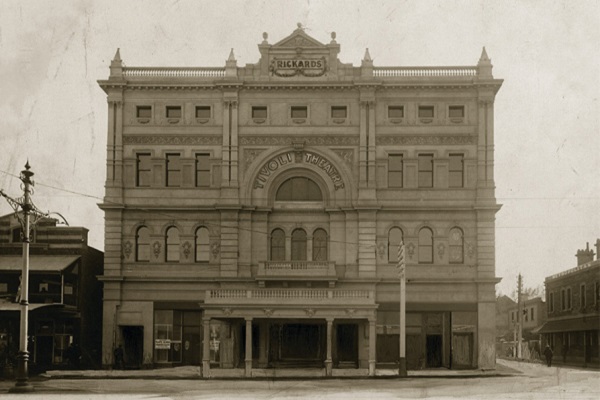 Over the years, ‘the Maj’ as the venue is affectionately known, has hosted vaudeville, theatre, opera, ballet, comedy, rock, tango dancing demonstrations, tattooed ladies and boxing matches. Riding the waves of changing popular tastes, the theatre has survived wars, recessions and fierce competition from motion pictures and television.

The venue’s history captures not only a century of arts and popular entertainment, but also some of Australia’s significant moments. During the First World War, many overseas artists were featured and fundraising concerts were held for the Australian troops. In 1918, A C Blackburn was awarded his Victoria Cross on the stage and two years later the theatre hosted a reception for Sir Ross and Sir Keith Smith after their record-breaking 28-day flight from Britain to Australia.

Redevelopments in the 1960s and 70s had boarded up the Grand Circle, stripped out all original features, reduced the size of the stage and more than halved the theatre’s capacity. Well-intentioned at the time, the result was a commercially constrained theatre that was increasingly uncomfortable and inaccessible for audiences and artists.

The transformation of Her Majesty’s Theatre includes a completely new 1,472 seat auditorium over three levels with high specification acoustics and spacious backstage facilities. The new auditorium and foyer designs are inspired by the original interiors and will be fully accessible, with lifts and wheelchair seating on all three levels. 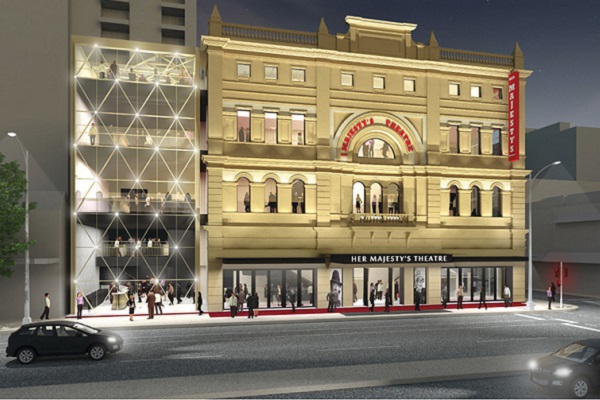 The redevelopment extends the Theatre’s footprint sideways with the purchase of an adjoining building. This will house accessible facilities, bars and lifts in a new wing with a dramatic glass façade. A restored central entrance on the exuberant Edwardian Grote Street façade will celebrate the building’s heritage.

The backstage space has been increased by taking over the laneway behind the theatre, allowing for a rehearsal and performance space equal in size to the stage itself, an important factor in attracting bigger shows to Adelaide. When it reopens next year, the Maj will be able to host at least 50 additional performances each year.

This is an essential transformation as Adelaide has been acknowledged as needing a second large theatre to accommodate the growing number of people attending arts events each year.

In 2015, the 2,000 seat Adelaide Festival Centre - the city’s only large scale commercial theatre - had its busiest year ever with 980,000 attendances and there are not enough large venues in Adelaide to show all the performances touring Australia as well as the work of South Australian artists.

Since 2014, more than a dozen popular musicals have toured Australia and not played in Adelaide so, in the long term, having more shows, including long-running musicals, will create hundreds of direct employment opportunities for artists, production, technical and front-of-house staff.

With thanks to the Association for Asia Pacific Performing Arts Centres (AAPPAC).