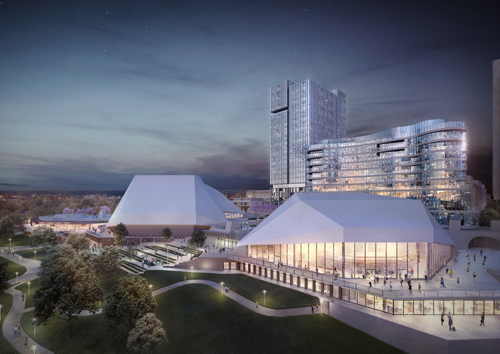 Designs have been revealed for the Adelaide Festival Centre’s new frontage on the South Australian capital’s King William Road.

The South Australian Government has released new artist impressions of the upgrade, designed by HASSELL, featuring a vertical-louvred facade that will display massive media screens wrapping around the lower level of the centre. The designs, part of the next stage of the $900 million Adelaide Festival Plaza upgrade, also feature a newly designed vehicle drop-off point and the removal of hidden cooling towers, and have been released for public consultation. 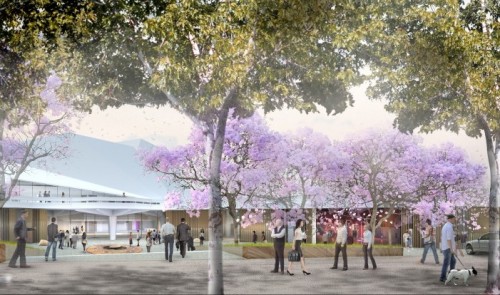 Minister Mullighan stated “these works will revitalise the northeastern facade of the Adelaide Festival Centre and are designed to integrate with the centre’s new Northern Promenade and all of the other elements of the Festival Plaza development.

“The plaza’s transformation will reshape a long-neglected part of the Adelaide riverbank into a focal point for festivals, events, sport and the arts, for people to meet and enjoy the renewed vibrancy of the city of Adelaide.”

The release follows the passage of a Bill in the South Australian Parliament last week which was needed to commence the development.

The upgraded Festival Plaza will also feature a two-storey retail and entertainment complex, a 24-storey office tower and an underground carpark. 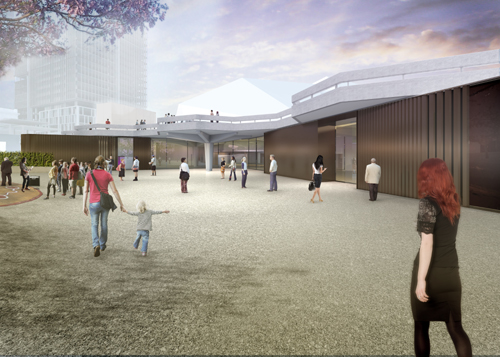