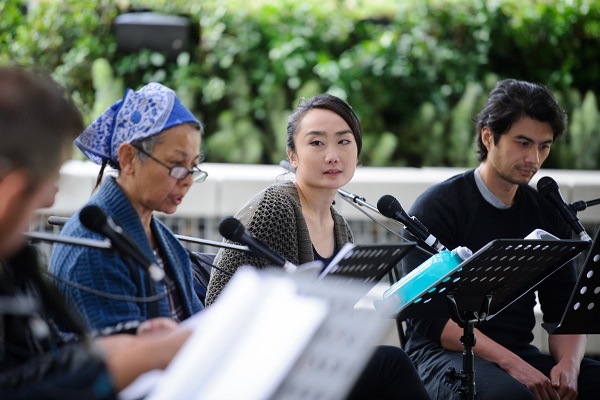 Melbourne Theatre Company has renewed its partnership with MPavilion for its summer program, showcasing work from two of its NEXT STAGE Writers-in-Residence, Andrea James and Chris Summers.

A third event on Saturday 21st March will be announced shortly.

Performed outdoors in the elegant new MPavilion designed by legendary Pritzker Prize-winning architect Glenn Murcutt, and situated in Melbourne's Queen Victoria Gardens, audiences will have the rare chance to participate in the early development of new Australian writing.

Commenting on the partnership, MTC Artistic Director, Brett Sheehy stated “wWe are thrilled to once again partner with MPavilion to showcase the incredible talent and vitality of ideas generated through our NEXT STAGE Writers' Program. Theatre is nothing without an audience, and these public readings and conversations play a key role in helping writers to hone their material while offering the people of Melbourne a unique insight into the creative writing process.”

NEXT STAGE is MTC's $4.6 million commissioning and development program, which currently boasts 25 writers under commission or in residence. These include some of Australia's most-loved writers, as well as brilliant early-career playwrights.

Four NEXT STAGE original plays feature in MTC's 2020 season including Benjamin Law's Torch the Place, which had its first public reading at MPavilion in 2018.