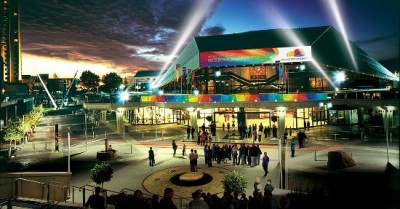 The recent announcement of funding to upgrade the Adelaide Festival Centre will help to again attract top productions to the venue and enhance the Adelaide’s artistic community’s growing links with Asia.

With much of the Adelaide Festival Centre’s facilties and technology still in their original 1973 condition, Gautier backed the recently announced improvements, stating “this recognises that arts and entertainment, along with sports at the Adelaide Oval, are the main consumer drivers into this leisure precinct.”

Under the plans, co-ordinated by the South Australian Government’s Riverbank Authority, $90 million has been promised to restore and upgrade the Festival Theatre in the biggest spend on the buildings since they opened.

The upgrade will occur as the Festival Centre’s multi-level plaza undergoes significant change through a $610 million joint venture between the South Australian Government and property developer Lang Walker.

The renovations are included in the redevelopment of the Torrens River embankment, which includes the $610 million Adelaide Oval upgrade, the $2.1 billion build of the new Royal Adelaide Hospital, a $350 million casino redevelopment and the $396 million rebuild of the ­convention centre. 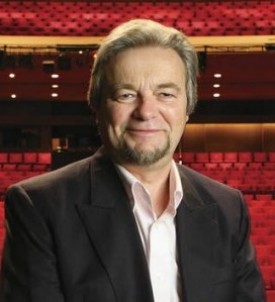 The redevelopment will remove the plaza and sculptures by West German artist Otto Hajek to make way for a two-storey dining and shopping space.

Lang Walker will build a 24-storey office tower, redevelop the plaza and build a 1560-space carpark in the Festival Centre.

With the South Australian Government contribute $180 million to the plan, $90 million has been set aside for the theatre upgrade and $90 million for the plaza works.

Gautier says although the theatres are in good condition and were designed well, they have failed to keep up with technical advances, and some equipment is as old as the buildings.

He explained “the technology in the Centre is quite elderly, particularly in sound systems, lighting systems, stage systems so we need major investment on the technical side.”

The technical upgrade will put the Festival Centre in a much better position to attract international acts to Adelaide, Gautier states, adding “it will help us with bringing in the big musicals in terms of the technical side because some of the big musicals producers have questioned our technical capabilities in the last couple of years and that’s not a good position to be in.

“They need to hear good things about why they should come to Adelaide. Now I think we can say quite confidently that our technical side will be up to spec.”

The redevelopment will reorientate the entrances to the Festival Theatre and Dunstan Playhouse to face the Torrens’ riverbank, capturing foot traffic coming from Adelaide Oval. The upgrade will also improve the Festival Theatre foyer and fix water damage caused by leaks.

About 800,000 people visit the Festival Centre each year, with performances at 80% ­capacity.

Gautier says he is confident these numbers will increase when the theatres are better able to engage people coming from the surrounding areas.

In 2013, the Adelaide Festival Centre Trust and the University of South Australia founded the Asia-Pacific Centre for Arts and Cultural Leadership to educate and develop art and cultural managers, at all levels, across the Asia Pacific, tapping into the development of innovatively designed venues and arts centres and the emergence of many dynamic artists, companies and other organisations in the region.

In addition, since 2007, the Adelaide Festival Centre has presented and produced the two-week OzAsia Festival - the premier Australian event contributing to, and engaging with, the cultural landscape of the Asian region.

Commenting on the Festival, Gautier stated “the OzAsia Festival, which has grown each year since the first event in 2007, is the flagship of our cultural engagement program.”

The 2015 OzAsia Festival is being held from 23rd September to 4th October.