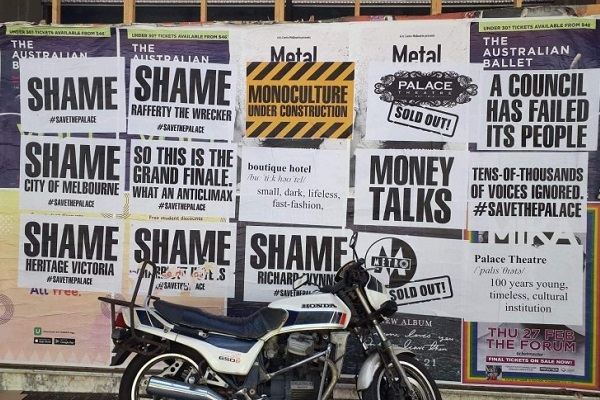 Demolition of popular Melbourne music venue, The Palace Theatre on Bourke Street, has commenced this week, ending a seven-year public battle to save the venue.

The venue, which has operated under many names over its 108-year history, is to be redeveloped into a Marriott hotel after a lengthy battle over its future.

Purchased by Chinese developer Jinshan Investment Group for $11.2 million in 2012, the site is now to be converted into a Marriott hotel.

Promoted as "Australia's premier live music, entertainment and function venue located in the heart of Melbourne's business and tourism district", The Palace was home of The Metro nightclub for over 20 years from 1987, as well hosting live performances from artists including James Brown, The Prodigy, Slash, Jane's Addiction, Arctic Monkeys and Queens of the Stone Age, it was closed in 2014.

During its history it had also been used as a cinema, theatre and Pentecostal church venue, operating under a range of other names - Metro Theatre, St James Theatre, The New Palace, Apollo Theatre and Brennan's Amphitheatre.

Its demolition has been described by Melbourne newspaper The Age as “an indictment on Victoria's heritage laws, which (failed) to properly recognise the cultural value of the state's venues.” 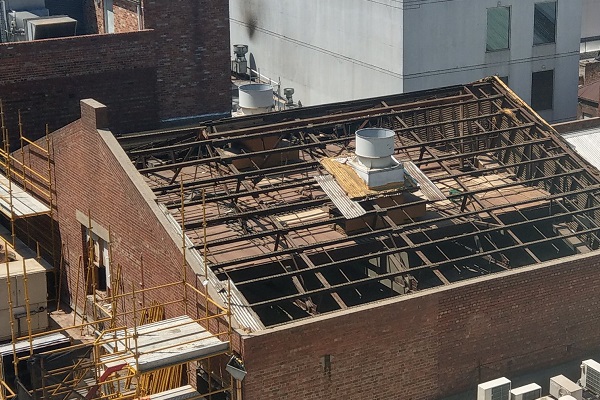 With the illegal demolition halted, objectors unsuccessfully opposed the redevelopment in the Victorian Civil and Administrative Tribunal in 2016, with the Tribunal approving the controversial 12-storey development.

Since then, the site has been dormant.

Melbourne City Councillor Rohan Leppert, who leads the Council's heritage division, said the 3000-capacity Palace was not previously granted heritage status because renovations had created a "mish-mash of architectural eras", telling The Age “even though the demolition that's happening inside the theatre is perfectly legal, it's still morally outrageous.

"Our heritage regime still rewards architectural purity above everything else, but the thing that makes The Palace special is the social history of the place, which is so extraordinary. I hope we are never in a situation like this again."

He advised "it was an absolutely pivotal venue in the Melbourne music scene.

"It was a popular weekly alternative music nightclub called Goo for university students, then they had live music shows up to five days a week. I really do believe our heritage laws need a good look at."

Media reports suggest that the new building will keep the former venue’s façade although the Victorian Government approved complete demolition of the venue.

Images - courtesy of the Save the Palace - Metro Nightclub Facebook page - show the site this week.