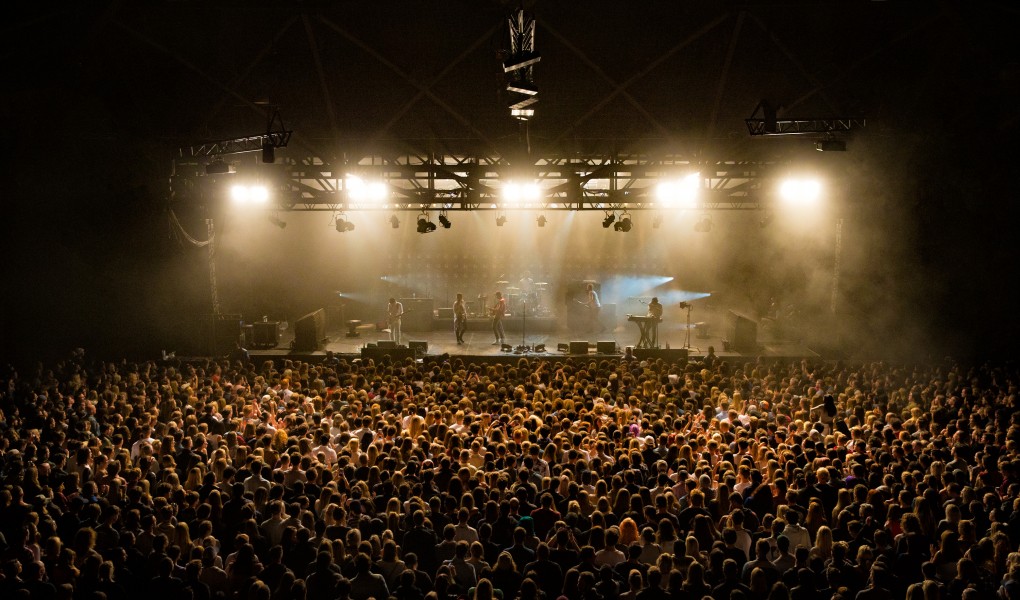 With APRA AMCOS having been been advised that its recent application for ongoing funding of its Live Music Office initiative by the Australia Council for the Arts has been unsuccessful, a review is to be undertaken into its future operations.

The review of the APRA AMCOS-administered body which works to increase opportunities for live music, will be led by Jana Gibson, APRA AMCOS Head of Member Services, and Nicholas Pickard, APRA AMCOS Director Public Affairs and Communications.

It will survey and interview key stakeholders and host roundtables to seek feedback from industry partners before considering how industry and government can partner to ensure the sustainability of the office. It will also help inform how best to fund and build on its achievements to date.

The review of the five-year-old Office, will be considered for a new Live Music Office Blueprint, expected to be announced this year.

“The work of an industry body that provides regulatory guidance on best practice models for the support of live music remains critical for the future sustainability of an Australian music industry and we take seriously our responsibility to make this possible.

“However, it is vital we review the success of the Office and evolve not only the priorities around the development of audience and live venue frameworks but to also look to where the work of the Office is best focused over the next three to five years.”

Since it was established by the Federal Government and APRA AMCOS in 2013, the Live Music Office has participated in the NSW Parliamentary Inquiry into the Music and Arts Economy, helped deliver the Western Sydney and Regional Live and Local Strategic Initiative, and helped form the the Northern Territory Music Industry Council.

In making the review announcement, APRA AMCOS also revealed the Live and Local Strategic Initiative has come to an end after 12 months of funding.

• Creating the NT Music Industry Council with MusicNT, Hospitality NT (formerly NT AHA), artists and venues as well as 2017/18 research initiatives including the 2017 NT Live Music Census to be released in July 2018.
• Writing the Cool Little Capital report with Music ACT with the subsequent Urban Sounds Discussion Paper investigating entertainment precincts in Canberra.
• Successfully campaigning for removing the requirement for SA liquor licenses to require consent for live entertainment, also delivering Exempt Development for low impact entertainment alongside the Small Arts Venue variation to the National Construction Code in SA.
• Establishing the Central Geelong Live Music Action Plan development process and providing the framework and terms of reference for the City of Ballarat Live Music Strategy in VIC, with active participation in State Regulation Roundtables also providing national perspective and support.
• Working with the Western Australian Government and WAM in creating the WA Live Music - Arts and Cultural Regulation Working Group.
• Liaising with Arts Queensland and Department of the Premier and Cabinet alongside QMusic as a resource for the QLD Live Music Industry Working Group, as well as City of Gold Coast Live Music Taskforce membership and working with Sunshine Coast Council on night economy planning.
• Participating in the NSW Parliamentary Inquiry into the Music and Arts Economy, the Night Time Economy Roundtables 25 point action plan for the NSW Government, and the Committee for Sydney Night Time Economy Commission.
• Drafting and negotiating venue criteria for Sydney lockouts exemptions (now 30 live music venues) in collaboration with Music NSW.
• Collaborating with the University of Tasmania on Research - The Economic and Cultural Value of Live Music in Australia 2014, Sector consultation in Hobart and Launceston supporting Music Tasmania in building ongoing contemporary music strategy.
• Delivering the Western Sydney and Regional Live and Local Strategic Initiative with CreateNSW across 10 Councils in Western Sydney and 8 Councils in Regional NSW (18 Councils, 60 events, 236 venues, and 872 musicians employed to date).
• Committed National Conference Participants - Presentations, panels, and stakeholder engagement.
• Live Music Map - Publishing an online map of live music venues, businesses and community radio across Australia as well as providing 20 online templates and resources covering the practical and business side of producing live music.