Live Music worth over $15 billion to Australia in 2014 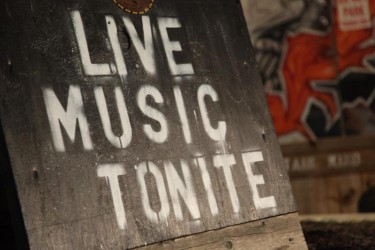 New national research conducted by the University of Tasmania (UTAS) and released this week by the Live Music Office shows the live music sector contributed $15.7 billion of value to the Australian community in 2014, providing vital commercial, individual and civic benefits.

The report, The Economic and Cultural Value of Live Music in Australia 2014, set out to value the economic, social and cultural contribution of the Australian live music industry with both a national consumer survey undertaken alongside a survey of venues in Hobart, Melbourne, Adelaide and Sydney.

This is the first research of this scale completed since 2011.

This research was undertaken in partnership with the University of Tasmania, City of Sydney, City of Melbourne, The Government of South Australia, and The Live Music Office as an initiative of the City of Sydney Live Music and Performance Taskforce.

Dr Dave Carter, Lecturer in Music Technology at University of Tasmania explained "our research shows that for every dollar spent on live music, three dollars of benefit is returned to the wider community.

"This is a significant, and unrecognised, contribution that includes the dollars that flow to the national economy as well as the ways experiencing live music enriches people’s lives.”

Other key findings from the research included:

• Live music spending in Australia delivers at least 3:1 benefit-to-cost ratio;
• Nationally, an estimated 65,000 full and part-time jobs are created by monies spent on live music, with taxation revenue generated for all tiers of government;
• Food and drink is the number one expense for those attending a live music performance equating to 29.3% of the total spend;
• Expenditure on tickets comes in second at 19.2% of spend, followed by travel at 17.6% and accommodation at 12.4%;
• Audiences are prepared to travel significant distances to attend live music, and this demonstrates live music is a source of regional competitive advantage;
• Live Music attendance was identified by punters and venues as contributing to improved health and wellbeing.

Venues in Adelaide scored gentrification as the biggest barrier, while in Hobart, relative isolation was the main barrier to commercial success.

Live Music Office Policy Director John Wardle added "this research is an important milestone for the Australian live music industry. We’ve created a benchmark for governments and the community to understand the importance of live music to Australian culture, community and the economy.”

UTAS Research
Background
The value of live music is intuitively understood by the millions of Australians whose lives are enriched by time spent on sticky floors, in muddy fields and at concert halls. Music is an experiential medium and live performance is its most elemental form. Trying to articulate this intuitively understood value, however, quickly reveals complexity as live music informs identity, leaves longstanding memories and helps create meaning across communities and cultures.

Australia’s live music sector is similarly complex, comprising multiple, interrelated industries whose contributions to the economy need to be accounted for. Within a single venue, or at a single performance on any given night, there is likely to be several interdependent commercial interests in play. The motivation and operation of these businesses is poorly understood due to a lack of available fine-resolution data.

The original contribution of this study is to locate the discrete values of live music activity and, for the first time, illustrate the dynamic ways in which they interact.

We depict how producers and consumers use their time and money to enable live music making in Australia. This affects individual and community states of physical, human, social, and symbolic capital, which is converted by users into a set of economically valuable outputs that impact upon the welfare of society.

Our model adopts the best-practice principles of cost and benefit analysis to estimate the value of the unique cluster of activities associated with live music making in Australia. As this report includes the first known valuation of live music as an economic, social and cultural ecosystem within a defined region, we also identify several new directions for future research.