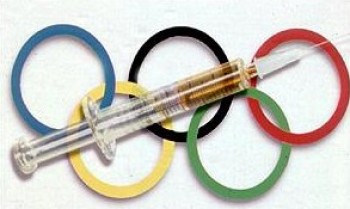 Russia has been handed a four-year ban from the Olympics and a range of other international sporting championships following a World Anti-Doping Agency (WADA) ruling to punish it for manipulating laboratory data.

An emergency WADA meeting on Monday unanimously voted to exclude Russia and also prevent it from hosting or bidding to host any global tournaments and means the country will not feature at the Tokyo Olympics next year or the 2022 FIFA World Cup in Qatar.

The ban was imposed by WADA’s Executive Committee after Russia was found to have tampered with laboratory data handed over to WADA as a condition for ending a previous three-year ban for state-sponsored doping.

WADA concluding that the laboratory data had been tampered with fake evidence planed and the deletion of files linked to positive doping tests that could have helped identify drug cheats.

While the ban will bar Russia's flag and anthem from events from the Tokyo Olympics next year, the 2022 Beijing Winter Olympics and the 2022 FIFA World Cup, Russian athletes untainted by doping will be allowed to compete under a neutral flag.

Hailed by WADA as the “strongest possible” response, it was criticised by some campaigners for failing to go far enough.

Announcing the sanction, WADA Chief Executive, Sir Craig Reedie advised that the "strong decision" showed the agency's "determination to act resolutely in the face of the Russian doping crisis".

He went on to state “for too long, Russian doping has detracted from clean sport. Russia was afforded every opportunity to get its house in order and rejoin the global anti-doping community for the good of its athletes and of the integrity of sport, but it chose instead to continue in its stance of deception and denial.

“As a result, the WADA ExCo has responded in the strongest possible terms, while protecting the rights of Russian athletes that can prove that they were not involved and did not benefit from these fraudulent acts.

"The blatant breach by the Russian authorities of RUSADA’s reinstatement conditions, approved by the ExCo in September 2018, demanded a robust response - that is exactly what has been delivered.

"Russia was afforded every opportunity to get its house in order and re-join the global anti-doping community for the good of its athletes and of the integrity of sport, but it chose instead to continue in its stance of deception and denial."

"Flagrant manipulation" of the Moscow lab data was "an insult to the sporting movement worldwide," the International Olympic Committee (IOC) said last month.

Russia denounced the verdict, with Russian Prime Minister, Dmitry Medvedev stating “the decisions from WADA repeat themselves and often they concern athletes who had already been penalised, let alone other issues.

“It certainly brings us back to the theme of this anti-Russian hysteria which is turning into a chronic disease. I think that organisations responsible for this - and I mean Russian organisations - for which this is their area of expertise, they need to think of a way to carefully insert an appeal a result of this kind of decision.”

Russia, which has tried to showcase itself as a global sports power, has been embroiled in doping scandals since a 2015 report commissioned by WADA found evidence of mass doping in Russian athletics.

That resulted in the suspension of the Russian Athletics Federation (RUSAF) and 111 individual athletes being banned from the 2016 games in Rio.

One of the conditions for the reinstatement of Russian anti-doping agency RUSADA last year had been that WADA be provided with an authentic copy of the laboratory data.

The specific terms of WADA’s new sanction include a provision against Russia hosting or applying to host international sporting events. St Petersburg’s role as host city in next summer’s European football championships is not included in the ban as UEFA is not considered a ‘major event organisation’.

However, a possible bid to host the 2027 Rugby World Cup looks likely be scrapped while world football governing body FIFA said it was in discussions with WADA “to clarify the extent of the decision” to its World Cup.

Russian authorities are expected to appeal the ban, which will be heard by the Court of Arbitration for Sport and whose verdict will be final.

18th February 2013 - IOC conference to discuss the future of WADA