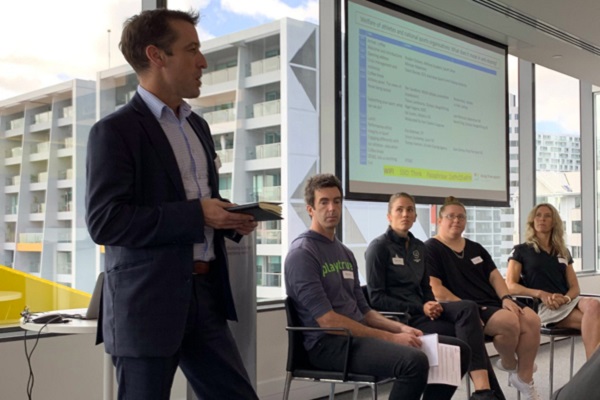 Commenting on the conference, DFSNZ Chief Executive Nick Paterson stated “we were delighted with the level of engagement at our first conference, and the quality of the discussions. We want to work hand in glove with the NSOs and through a conference like this we understand each other better.

“It was also an opportunity to challenge us on how we do our work, so that we can keep improving. It was incredibly valuable to hear directly from athletes - as it's all about how we can improve our work and support them to compete clean.

One of the highlights was an athlete panel with representation from hockey, Olympic sailing and weightlifting, as the athletes shared their experiences of anti-doping. The athlete panel was moderated by the newly-elected Chair of the WADA Athlete Commission, Ben Sandford.

Also addressing the inaugural conference, New Zealand Minister for Sport and Recreation Grant Robertson spoke of the important contribution of sport, play and active recreation to our national well-being, and how sport helps to role model the values of hard work, teamwork and fairness.

Touching on recent international doping scandals and described his role in advocating for clean sport, Minister Robertson explained the importance of "being able to look elite athletes in the eye, and say that they are competing on a level playing field".

He also referred to ongoing conversations with WADA around flexibility and discretion, noting its importance to domestic sport.