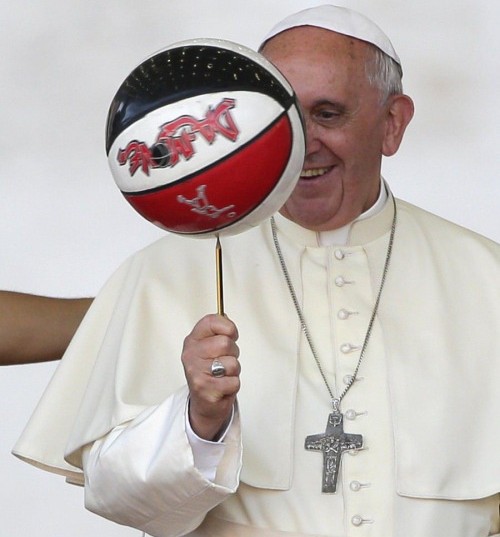 Pope Francis has told an international sport conference of the importance of preserving the integrity of athletic competition, due to it being vital for fans to be able to trust the results on the field.

Speaking at the Vatican-organised ‘Sport at the Service of Humanity’ conference earlier this month, the first global conference on faith and sport, Pope Francis, an avid football fan, called upon representatives of sports and sponsors to maintain “the honesty of sports, of protecting it from the manipulations and commercial abuse.”

Addressing some of the world’s most important sporting personalities at the opening of the conference, the Pontiff continued “in sport, as in life, competing for the result is important, but playing well and fairly is even more important.”

Pope Francis joined with 14 religious leaders from the three monotheistic religions - Judaism, Christianity and Islam – at the conference, including personalities such as Justin Welby, the Anglican Archbishop of Canterbury, and personal envoys from both the Patriarch of Constantinople and Russia, along with elite athletes and representatives of the International Olympic Committee (IOC) and the United Nations.

Explaining’s the Church’s involvement in the world of sport, he said she’s working in it to “bring the joy of the Gospel, the inclusive and unconditional love of God for all human beings.”

Talking to the leaders of other faiths who were attending, Poe Francis stated “our religious traditions share the commitment to ensure the respect for the dignity of every human being.

“So it is good to know that the world’s sporting institutions have taken so courageously to heart the value of inclusion.”

Organised by the Vatican’s Pontifical Council for Culture, headed by Italian Cardinal Gianfranco Ravasi, the ‘Sport at the Service of Humanity’ conference was presented in partnership with Allianz,. Coca-Cola, Alitalia and Giorgio Armani.

Also speaking at the conference, Cardinal Ravasi stated “we need to return to when we used sports as a moral instrument.

“We need to go back to the ethics of sports because it’s both a moral and spiritual principle.”

Archbishop Welby also spoke of the power of sport in bringing people together to compete as friends, respecting “one another even in opposition.”

During the event, Lokoro expressed his joy at having been invited both to the Olympics and to the Vatican, thanking Francis for giving him the opportunity to tell the world that “a refugee is a human being like other people. 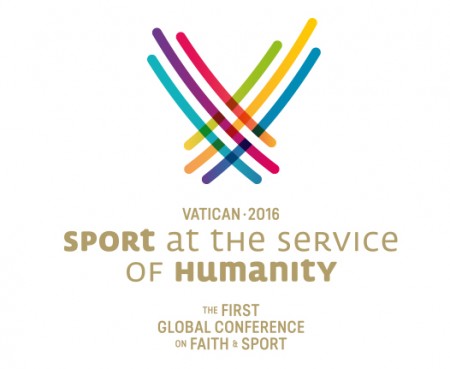 Rio 2016 was the first time the International Olympic Committee accepted a team of refugees.

The conference program also included environmental scientist Allen Hershkowitz, co-founder of the Green Sports Alliance, who serves as the environmental advisor to US professional sports leagues including Major League Baseball, the NBA and the National Hockey League.

Hershkowitz believes that this conference ranks among the most brilliant things Francis has done so far.

Citing the 2008 summer Olympics in Beijing being followed by close to 4.5 billion people on TV, Hershkowitz added “that’s huge cultural attention. How do we capture it on behalf of empathy, to recognize the suffering of others?”

Hershkowitz believes Pope Francis is heading a cultural shift, not only with his encyclical on creation Laudato Si, but also with the conference.

The Pontiff is reportedly trying to “tap into fanaticism”of sport and use it to fight climate change, domestic violence, racial bias, religious discrimination and gender inequality.

The Vatican-organised ‘Sport at the Service of Humanity’ conference was held from Wednesday 5th to Friday 7th October.

For more information go to www.sportforhumanity.com